Limiting the use of diesel cars in London should be a priority for the new Mayor Sadiq Khan, according to Simon Birkett, director of Clean Air in London.

Mr Birkett’s comments come after the Labour candidate was elected to City Hall on Friday (9 May) after gaining a majority over his Conservative rival Zac Goldsmith. 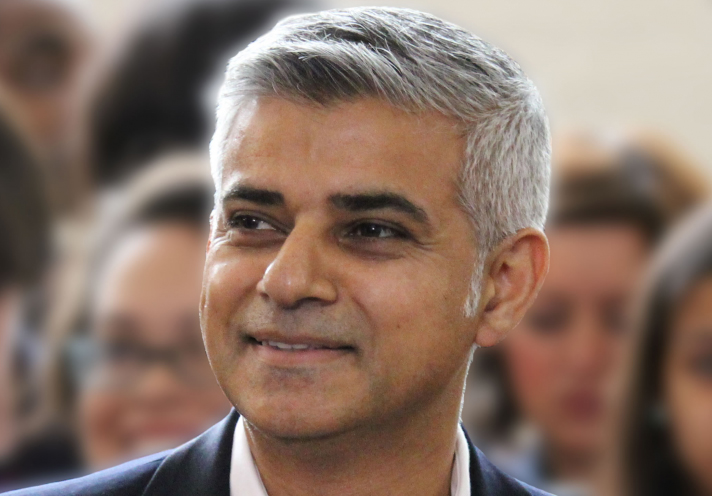 The Labour candidate had identified a reduction in air pollution as among the priority areas in his manifesto. These included proposals to bring forward the introduction of an Ultra-Low Emission Zone (ULEZ), which is due to come into effect in 2020.

Welcoming the new Mayor, clean air campaigner Mr Birkett commented: “Sadiq Khan is a better choice Mayor for cleaner air compared to Zac Goldsmith. I think he genuinely seems passionate about these issues and he actually wants to do something.”

Mr Birkett added that he hoped Mr Khan would progress from the policies put in place by the outgoing Mayor, Boris Johnson, who he claims ‘favoured car drivers’.

He said: “To me what we need is a clean air revolution which bans diesel and scrapping diesel is something the mayor holds a 100% decision on.”

Mr Khan’s focus on air quality throughout his campaign was also welcomed by Richard Howard, head of environment & energy at think tank Policy Exchange. Speaking to AirQualityNews.com, Mr Howard said cleaning up London’s air needs to be one of the ‘top priorities’ for the new Mayor.

He said: “Sadiq Khan’s manifesto sets out a number of important policies to address air pollution, such as expanding and bringing forward the introduction of the ULEZ, cleaning up the bus fleet, and delivering electric charging infrastructure.

“These high-level commitments will need to be detailed in full in the coming weeks and months.”

Mr Howard added: “Sadiq Khan has said that he wants London to be one of the world’s greenest cities and has expressed a personal commitment to cleaning up the city’s air.

“He now needs to convert this vision into reality, stepping up activity in City Hall to drive an improvement in air quality.”

“He was definitely the better choice of the top two candidates for clean air, because Zac Goldsmith was the only one of the leading candidates who refused to bring in the Ultra-Low Emission Zone sooner” – Simon Birkett, Clean Air in London

On the technology front, Toby Peters, chief executive of Dearman, the London-based clean cold technology company which produces a ‘zero emission’ transport refrigeration system, said that the new Mayor has a ‘once-in-a-generation’ opportunity to address air pollution in the capital.

He said: “Poor air quality is recognised as a growing problem affecting the health of thousands, and it’s only right that recognition is met with action.

“The London Ultra Low Emission Zone must have the capacity and scope to reduce diesel emissions in all forms, from all engines on the road. Supporting the adoption of new clean technologies being developed in and around the capital could set London, and countless other cities, on the road to clean air.”

In his manifesto, Mr Khan pledged several proposals aimed at improving air quality including introducing ‘Cleaner Walking Routes to School’ for children and making cycling easier and safer throughout the capital.

Additionally, he wants the government to introduce a diesel vehicle scrappage scheme in order to facilitate those who wish to change to a greener car.

His election to office has also been welcomed by ClientEarth, the legal firm involved in the court case against the government’s plans to tackle the country’s poor air pollution. The organisation called on the Mayor to follow through with his proposal to introduce the ULEZ before 2020.

Lawyer Alan Andrews said: “It’s great that Sadiq Khan wants to tackle the public health crisis of air pollution in London and we welcome the commitment to get London’s air quality to legal and safe levels. With more than 9,000 early deaths a year in London caused by air pollution, we need to see immediate action including clear proposals for a bigger, better Ultra Low Emission Zone.”

Councillor Julian Bell, Chair of London councils’ transport and environment committee referred to air quality in London as an ‘increasing concern’ and one that that needs ‘urgent attention’.

Cllr Bell added: “It’s clear that the new Mayor shares these concerns and many of his proposals chime with those of London councils, particularly on expansion of the Ultra-Low Emission Zone and the introduction of a diesel vehicle scrappage scheme.

“While the boroughs have been working hard to minimise the impact of pollution, they cannot tackle the issue alone. Improving air quality requires a collaborative effort and we look forward to working with the Mayor to bring about a healthier future for London.”