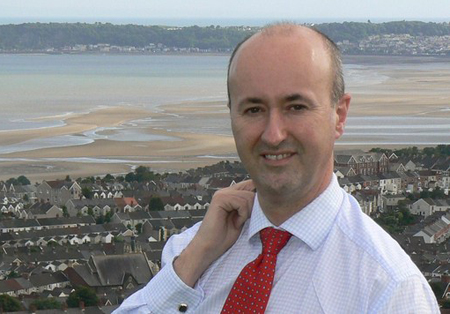 A draft version of the Bill was first heard in Parliament in February this year as a 10-minute rule motion (see AirQualityNews.com story).

The ‘Air Quality (Diesel Emissions in Urban Centres) Bill’ brings in a number of measures, including accurate emissions testing to reflect on-road driving conditions, to provide powers for local authorities to establish low diesel emissions zones and pedestrian-only areas, and to restrict the use of roads in urban centres by diesel vehicles.

Mr Davies told AirQualityNews.com the Bill is a response to “a chronic public health catastrophe on our doorstep,” claiming that while 40,000 people a year are dying from diesel fumes and “our cities are being poisoned, the government is failing to act.

Mr Davies said his ambition is “to ensure that the provisions in the Bill are incorporated in mainstream legislation,” and generate a “swell of support for these provisions, which will subsequently be incorporated in a new Clean Air Act,” as well as “raising public awareness to get politicians to provide a clean and more sustainable future.”

Voicing “great concern” that the UK will not have enforceable air quality standards post Brexit, Mr Davies said: “The government has failed to meet EU standards and has been dragged kicking and screaming into the courtroom by ClientEarth.

“Clearly the Minister failed to confirm that they intended to keep these enforceable, mandatory standards and rather had some vague notion that they were hoping the air would be cleaner after Brexit.”

He added: “We used to live in the dirty man of Europe and we are in danger of returning to that.”

“I support [Sadiq Khan] in everything he’s doing,” Mr Davies said, adding that the mayor had moved forward with action on air quality much quicker than people expected.

Claiming that “the only thing that can stop politicians doing the wrong thing is public outcry,” Mr Davies said there is still a “huge education task to be done.”

He said: “Obviously the government are threatened by voters, which is one reason they haven’t done anything about [banning diesel].

“Because if all those who bought diesel cars in the name of green travel suddenly find out they now need to pay more because they are poisoning their neighbours, they will blame politicians for not telling them.”