The Department for Environment, Food and Rural Affairs has said it will ‘push ahead’ with its Air Quality Plan adopted last year – ahead of a second legal challenge from ClientEarth in the High Court next week.

The two-day hearing (18-19 October) will see the environmental charity and campaign group ClientEarth return to court in an attempt to force the government into more robust action over air quality. 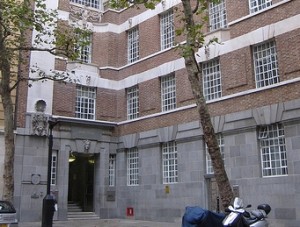 Defra’s headquarters in Whitehall, London. The department has reiterated its ‘commitment’ to air quality

The hearing is the second time ClientEarth has brought the case to court.

In April 2015, the Supreme Court ruled the government must produce a new Air Quality Plan as part of “immediate action” to cut nitrogen dioxide (NO2) pollution (the judgement can be seen here).

Limits for NO2 were first introduced by the EU in 1999 and were supposed to be achieved by 2010 – part of the court case centres around whether or not the UK achieving the targets later was acceptable as a form of derogation.

Defra today confirmed to AirQualityNews that its Clean Air Zone consultation announced yesterday (13 October) was evidence of its progress towards improving UK air quality. The consultation is seeking views on how the Department can assist local authorities to implement Clean Air Zones in the five key cities of Birmingham, Leeds, Nottingham, Derby and Southampton (see airqualitynews.com story).

In addition, Defra cited a £35 million package to fund ultra-low emission cars and scooters by the Department for Transport, also announced yesterday, as proof of the government’s commitment (see airqualitynews.com story).

Defra’s Plan was formally adopted in December 2015, but according to ClientEarth, it is “woefully inadequate” and fails to implement the necessary limits for NO2 six years after the EU’s deadline.

Speaking to AirQualityNews today (14 October), a spokesman for Defra defended the government’s progress on air quality, arguing it takes the EU’s limits “seriously”.

He said: “Andrea Leadsom has previously spoken of her commitment to leaving the environment in a better state than we found it for the next generation. Clearly air quality is a part of that so we remain committed to pushing ahead with the Plan. This is not something we are shying away from.”

Commenting on the background of its case ahead of next week’s hearing, ClientEarth suggests that six years after the original deadline for compliance, 37 out of 43 zones across the UK remain in breach of legal NO2 limits.

The only areas in compliance, the campaign group says, are Brighton, Blackpool and Preston urban areas, Highlands, Scottish Borders, and South Wales.

In order to meet the limits, ClientEarth has voiced its support for a diesel-scrappage and consumer labelling schemes, as well as reform of the tax rules which could incentivise consumers to choose diesel. 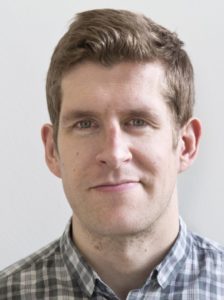 ClientEarth’s chief executive, James Thornton, said: “It’s taken 18 months for ministers to even begin a consultation on its proposed five clean air zones. This delay is yet again a woefully inadequate response to the air pollution crisis. Ministers are failing to protect our health.”

The firm’s air quality lawyer, Alan Andrews, added: “If the government had taken action as the Supreme Court ordered we would not be returning to court, we would all be breathing much healthier air, and the economy would have benefited.”

Mayor of London Sadiq Khan will also represented at next week’s case as an ‘interested party’. Mr Khan launched the second phase of his own air quality consultation, which includes plans for a £10 emissions surcharge for older polluting vehicles in the capital, from 2017.

Asked whether it was supportive of the Mayor’s Office’s air quality plans for the city, Defra said it would be “working with them”.