The RAC and the Institute of the Motor Industry (IMI) have called for action to be taken on air pollution and to encourage the uptake of clean vehicles, following two separate studies published this week. 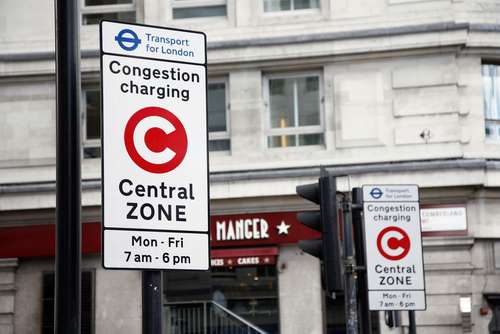 The RAC has criticised a ‘lack of government incentives’ to encourage a switch to clean vehicles, as findings from its annual survey of motorists showed that an increasing number are concerned about emissions and a majority want ‘bolder’ action to be taken.

The RAC ‘Report on Motoring 2016’ found that a majority (66%) of the 1,714 motorists surveyed said they want stronger action on reducing vehicle pollution in areas where air quality is poorest.

More than half of all drivers polled (57%) said they were keen on charges being levied on diesel vehicles that do not comply with the latest Euro 6 emission standards when entering city and town centres where air quality is poor.

The organisation criticised what it perceives as a dwindling of financial incentives for motorists, such as the Government’s plug-in grant scheme, to switch to cleaner vehicles.

RAC chief engineer David Bizley said: “The plug-in grant scheme, which has already encouraged the uptake of over 50,000 vehicles since 2011 is a welcome short-term solution but may come to an end in March 2018.”

He added that changes to Vehicle Excise Duty from next spring will mean motorists pay the same amount to tax an ultra-low emission city car as the largest and least-efficient sports utility vehicles.

However, Mr Bizley stressed that drivers should be allowed sufficient time to switch to cleaner vehicles. He said: “Many of the purchasers of small diesel vehicles in recent years have done so because of their fuel efficiency and low carbon dioxide emissions.

“It would be unreasonable to penalise the owners of such vehicles by imposing charges with little notice and without regard for how frequently the vehicle is used, and therefore how much it is in practice contributing to poor air quality.”

In a separate study, the IMI has called for government investment of £30m in specialist training for maintenance and repair technicians for electric and hybrid vehicles to prevent a stall in the market.

IMI research showed that while UK sales of electrified vehicles have doubled since 2015, the number of qualified repairers in the UK remains at around 0.4% of the 250,000 mechanics working on cars and vans commercially.

Ahead of the Autumn Statement, the IMI has said that Government will need to spend part of the £600m set aside to promote the uptake of low emission vehicles (see AirQualityNews.com story), on improving technical skills in the UK.

The IMI research, ‘On the Road to Sustainable Growth,’ by Professor Jim Saker, found that sales growth of clean vehicles will stall unless small repair businesses are helped to invest in skills needed to provide consumers with choice and value for money. Otherwise, it claimed, people will be priced out of the Ultra-low emission vehicle (ULEV) market.

According to IMI, insurance premiums for electrified vehicles – fully electric, plug in hybrid and hybrid vehicles – are already 30-50% higher than diesel cars because of the lack of qualified repairers.

Steve Nash, IMI chief executive, said: “There are currently around 1,000 people qualified to work on high voltage electrics and they all work for the vehicle manufacturers.

“Without financial assistance, independent garages that make up 85% of the businesses operating in the service & repair sector will not invest in the training they need without certainty of a financial return.

“That means that their staff will either risk their lives working on unfamiliar systems that carry lethally high voltages, or they will simply refer everything back to the franchised dealers, reducing competition in the sector. I cannot imagine that either of those outcomes is likely to be palatable for the government.”