The UK has the second highest number of premature deaths from nitrogen dioxide pollution (NO2) in Europe, a European Environment Agency (EEA) study has claimed. 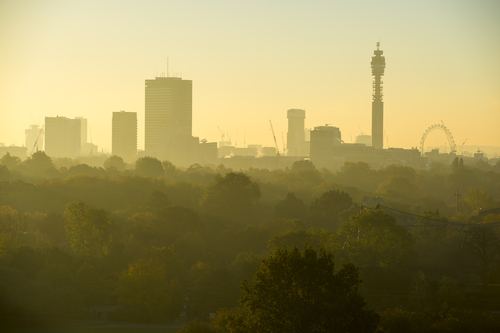 Exposure to fine particulate matter caused an estimated 37,930 premature deaths in the UK in 2013

The EEA report on air quality in Europe, which was released yesterday (23 November) revealed that only Italy has more estimated early deaths from exposure to NO2 than the UK.

The report presents an analysis of air quality in Europe from 2000 to 2014 and is based on data from official monitoring stations across Europe, including more than 400 cities. It shows that although air quality is improving, pollution remains the largest environmental health hazard in Europe.

An estimated 11,940 premature deaths were due to NO2 pollution in the UK in 2013, behind 21,040 in Italy. Germany has the third highest rate, with 10,610 premature deaths attributable to NO2 exposure. According to the EEA report, 94 % of all exceedances in NO2 are due to traffic.

NO2 affects the respiratory system directly, but also contributes to the formation of particulate matter (PM) and Ozone (O3). The report shows that in 2014 around 85% of the urban population in the EU were exposed to fine particulate matter (PM2.5) at levels deemed harmful to health by the World Health Organization (WHO).

Hans Bruyninckx, EEA executive director, said: “Emission reductions have led to improvements in air quality in Europe, but not enough to avoid unacceptable damage to human health and the environment. We need to tackle the root causes of air pollution, which calls for a fundamental and innovative transformation of our mobility, energy and food systems.”

“This process of change requires action from us all, including public authorities, businesses, citizens and research community.”

Karmenu Vella, European commissioner for the Environment, Maritime Affairs and Fisheries, said: “Today’s EEA report on air quality reminds us that we need to keep this subject high on the political agenda. The European Commission is doing so, and is committed to securing improvements in air quality.

“One way we can do that is to help different levels of government work better together. If a lot of air quality blackspots are in towns and cities then it is clear that local and regional governments play a central role in finding solutions.”

However, the report also highlights that air quality has improved over the years. The annual average PM10 has fallen in 75 % of monitored locations during the period 2000–2014.

Similarly, PM2.5 concentrations, on average, have decreased between 2006 and 2014 for all station types (urban, traffic, background sites, etc.), while exposure to PM levels above WHO recommendations have also decreased over the years.

Commenting  yesterday,  James Thornton – chief executive of legal campaign group ClientEarth – which led a legal case against the government over non-compliance with legal air pollutant limits said that urgent action is needed from government “to protect the health of people in this country.” AirQualityNews.com has also contacted Defra for comment on the report but the Department has yet to issue a statement.