Vehicle manufacturer Volvo has reiterated its commitment to electric buses as the ‘future of urban public transport’ at a summit in London.

Ulf Magnusson, senior vice president of Volvo’s Bus Corporation has urged transport authorities to work in partnership with the vehicle manufacturer to increase the take-up of electric buses on UK streets. 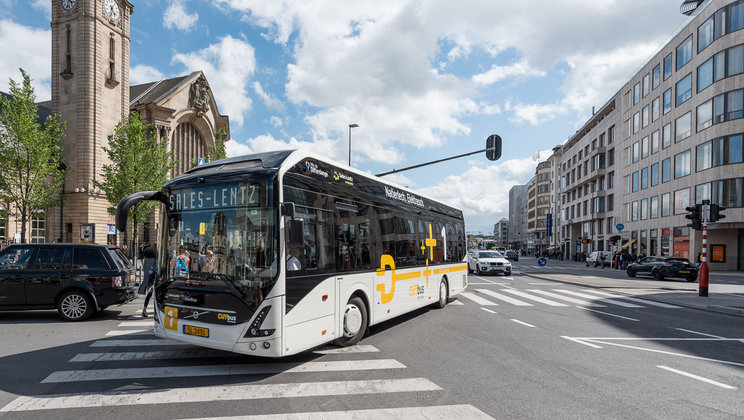 Speaking to airqualitynews.com during the Future Cities Innovation Summit last month, Mr Magnusson said that the company is continuing to develop its range of hybrid and fully electric buses in a bid to address the issue of air pollution in cities.

The vehicle manufacturer has recently delivered the first of nine fully electric 7900E single deck buses to the Yorkshire town of Harrogate, as part of a £2.25 million project with the Harrogate Bus Company.

According to Volvo, the project will be the first of its kind in the UK introducing full electric vehicles using ‘opportunity charging’ via the European OPPCharge agreement and infrastructure, which can also be used by various vehicle types.

Opportunity charging takes place via a specialist overhead mast, which connects to the bus via a pantograph.  Charging is fully automated and takes between three and six minutes to complete.

“We believe electric bus systems are the future of urban public transport, as environmentally clean and comfortable as a tram or light rail, but at a fraction of the overall cost.” – Ulf Magnusson, Volvo Bus Corporation

Four 7900 electric buses have also begun operating in the city of Differdange in Luxembourg this week.

Volvo is also developing a new hybrid-electric double deck the B5HLC, which it claims will have the ability to operate with zero tail pipe emissions in electric mode for around 4.5 miles, between charges, and are expected to be completed within the next 12 months.

In order to better understand the potential for growth in demand for electric buses as a ‘sustainable public transport solution’, Volvo has conducted a survey of over 2,000 adults in the UK, which suggested that over half (52%) would support public transport-only areas in city-centres in order to address air pollution concerns.

26% of those surveyed claimed that they thought that using electric buses would have the greatest reduction in emissions.

Mr Magnusson said: “What these results show is that the implementation of cleaner air practices and infrastructure is a priority for the public, key to this is the fundamental support from government level.”