The head of vehicle manufacturer Jaguar Land Rover has claimed that consumers are ‘confused’ about the impact of diesel vehicles on air pollution and climate change, and has criticised calls to ban diesel cars from cities.

Delivering an industry keynote at the SMMT’s International Automotive Summit in London today (June 20), Jeremy Hicks, managing director of Jaguar Land Rover UK discussed the perception of diesel vehicles as being a major cause of air pollution in UK cities. 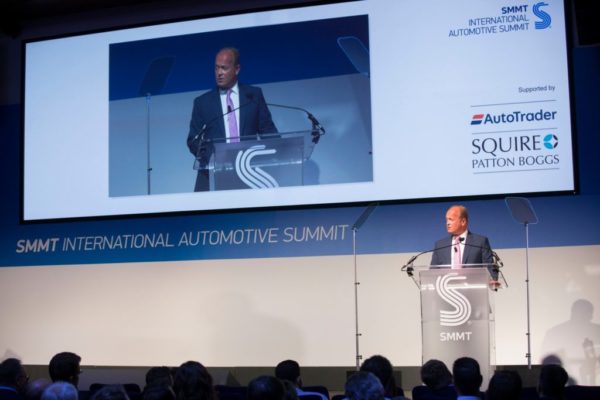 Referring to the ‘diesel debate’ Mr Hicks claimed that some campaigners had ‘set the bar too low’ by focusing ‘entirely on diesel’ as a contributor to roadside air pollution.

Diesel vehicles are known to emit lower levels of CO2 than petrol vehicles, thus helping to reduce the impact of transport on climate change.

However, diesel cars, in particular those built prior to 2009, also emit higher levels of pollutants such as nitrogen oxides, which can worsen air quality and harm human health.

Mr Hicks claimed that there is ‘real confusion’ among drivers over the causes of air pollution, which he claimed had led to an increased focus on diesel passenger vehicles in efforts to tackle air pollution.

He said: “I can start to bring this debate to a greater degree of clarity in language that every one of us can understand. Because we are only going to solve these problems by educating people so that they can make informed choices, and at the moment there is real confusion where there needs to be clarity.”

Recent reports have suggested that sales of diesel vehicles in some parts of Europe have fallen, with Mr Hicks pointing out that cities including Stuttgart in Germany have considered banning diesel vehicles in a bid to tackle air pollution. The Liberal Democrats also included a pledge to ban the sale of diesel cars in the UK by 2025 in their 2017 election manifesto (see airqualitynews.com story).

Mr Hicks added: “The impression being given is that the way to address air pollution is simply to ban diesel cars and it is job done. We know that it is not that simple.

“Take private cars for example. The diesel cars that Jaguar Land Rover and the rest of the industry today produce are comparable to petrol in terms of nitrogen oxide, nitrogen dioxide and particulates that they emit. There has been a significant shift in diesel technology, almost eliminating NOx. They meet those Euro 6 standards that half of drivers haven’t heard about.

“There is no one in London or Stuttgart, where bans are being considered, who thinks that vehicles that meet Euro 6 emission standards should be banned. But that is not the impression that is being given, and false impressions create confusion in people’s minds.”

Mr Hicks also criticised proposals for a scrappage scheme for diesel vehicles – which he said could cost up to £6 billion, and could be ‘better spent on improving London’s bus fleet’. He also called for operators of buses, taxis and local authorities to ‘step up to the plate’ in efforts to tackle air pollution.

He added: “If we are serious about tackling air quality in our cities we need to ask more questions than just ‘what are we going to do about diesel cars?’

“Saying that banning diesel alone will solve our air quality problems is like saying you can end alcoholism by just banning beer. There are other sources of both problems.”