Planning permission has been granted for an electric vehicle charging hub in Dundee, which will offer charging capacity to local authority and NHS vehicles, private hire and taxi fleets. 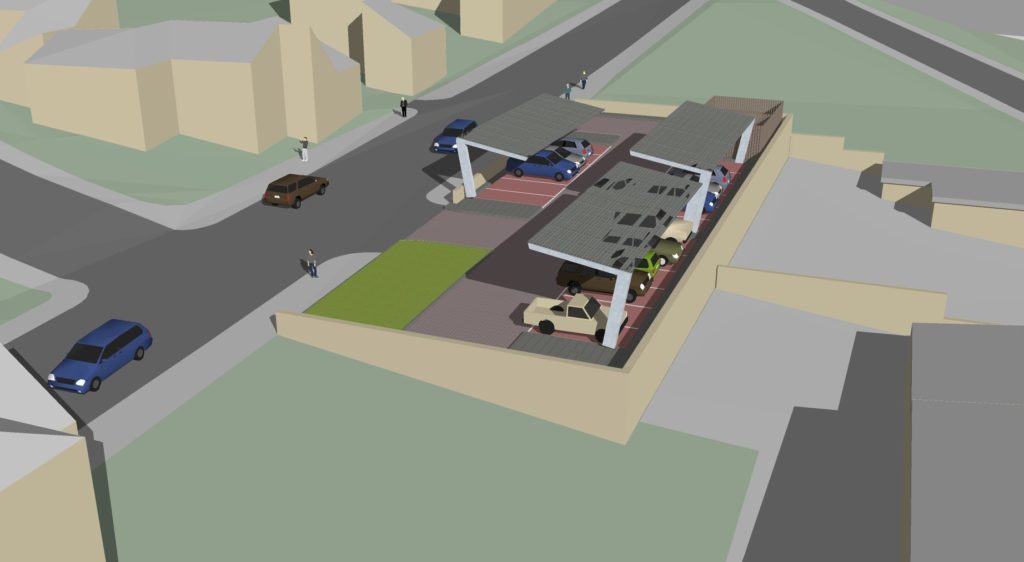 Solar canopies, charging points and electrical Infrastructure will be built at the site in Princes Street between Dens Street and Lower Princes Street which is currently a vacant yard.

Work on the new charging hub is expected to start in autumn and it is planned to be up and running by the end of the year.

The development is part of a £1.86m award made to the city by the Office of Low Emission Vehicles (OLEV) last year.

Mark Flynn depute convener of Dundee City Council’s city development committee said: “Our use and encouragement of electric vehicles in Dundee has been something of a quiet revolution and in leading the charge we have been meeting many social and economic priorities.

“Zero and low emission vehicles reduce cost, congestion and carbon emissions as well as improving air quality and the charging hub will help us to continue our journey.

“The council’s extensive use of such vehicles is encouraging other public bodies and private individuals to buy and use them as a real practical alternative to fossil fuelled cars.”

City council mechanics have been attending dedicated electric vehicle (EV) training courses towards gaining recognised qualifications in the repair and maintenance of EVs to allow the continued expansion of the council’s electric fleet and earlier this year TESLA chose Doubletree Hilton in Dundee to install a strategic charging hub with space for eight of its vehicles.