The Mayor of London Sadiq Khan has urged the government to pull the plug on a proposed new waste incinerator in Bexley and end the building of ‘archaic’ polluting waste incinerators that add to the capital’s ‘toxic air crisis’.

Cory Riverside Energy hopes to build the new incinerator on their existing site in Bexley but according to an Environmental Impact Assessment commissioned by Cory, the proposed plant would emit more than four times as much harmful NOx as the existing local incinerator and the nearby Crossness sewage plant combined.

It could also emit arsenic, nickel and other metals that could damage the health of residents and workers both nearby and across the river.

Cory argues the new incinerator would enable the company to convert London’s residual ‘black bin’ waste into green electricity, particularly during times of peak usage, and produce cheap heat for export to nearby homes and businesses.

In addition, they say it would continue to convert the residual ash that is left over at the end of the process into construction materials useful for building London’s homes and roads.

However, the Mayor says he has reviewed the planning application by waste management company Cory and disputes claims that the incinerator will generate low-carbon heat and power and meet his minimum CO2 requirement for energy from waste facilities. 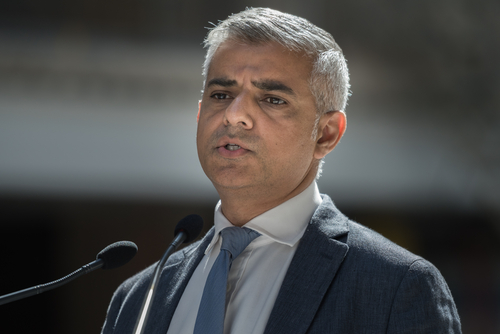 The Mayor of London, Sadiq Khan said: ‘London’s air is a toxic air health crisis and the last thing we need, in our modern green global city is another harmful waste-burning incinerator polluting our city.

‘Instead of granting permission for an unnecessary new incinerator that will raise pollution levels in the boroughs of Bexley and Havering, the government should focus on boosting recycling rates, reducing the scourge of plastic waste and tackling our lethal air. I am urging ministers to reject this proposal.’

Responding to the Mayor’s statement, Jacob Hayler, executive director of the Environmental Services Association, said the Mayor was ‘ill-informed’ and should recognise the eco-benefits that the new plant could bring.

‘It is a shame that the Mayor of London is so ill-informed about the role and benefits of energy from waste facilities as part of a circular economy,’ he said.

‘Contrary to the Mayor’s statement, the emissions from these plants are among the most tightly regulated of any industrial installations in Europe, and therefore the world.’

‘By generating electricity from non-recyclable waste we are improving resource efficiency, diverting waste from landfill and achieving greater sustainability for London.’

In a statement released to AirQualityNews in February, Cory’s COO, Julian Walker, claimed that the new site will ‘not have any significant effect on air quality.’

‘The Agency will only award us the Environmental Permit we’ll need in order to operate if it is satisfied we can do so safely and meet emissions requirements,’ he added.