The £2 million air quality grant programme unveiled earlier this month for local authorities to tackle nitrogen dioxide (NO2) has received a mix response with concerns being raised over a potential failure to tackle particulates.

As reported by AirQualityNews, Defra said (8 May 2012) that eligibility to apply for a grant is restricted to English authorities which have exceedences of EU limit values for nitrogen dioxide as determined by the Department’s national assessment for 2010 and/or air quality management areas for nitrogen dioxide. 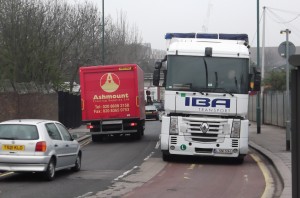 The funding announcement received the thumbs up from local authority body the Local Government Association (LGA), but air quality experts were more cautious.

A spokesman for the LGA said: “In 2011/12 a total of 98 councils applied for the programme for projects amounting to over £6 million. Grants awarded ranged from £10k – £190k depending on the scope of the projects and the number of councils involved.

“On that basis it is likely that local authorities will be keen to apply for this new fund and we welcome the additional money for authorities to tackle air quality at a local level.”

Roger Barrowcliffe, vice-chair of the Institute of Air Quality Management, said: “In national terms it is not a huge amount of money but any gesture in this direction is extremely important.”

Mr Barrowcliffe noted that one reason that Defra is likely to be focusing on nitrogen dioxide is because it has a problem with legal targets for NO2. “The problem is that nitrogen dioxide  is not the pollutant causing the greatest health problems from that point of view, it is of more concern in terms of legal compliance and Defra wants to be on the right side of compliance.”

He continued: “Yes, there is a greater exceedence of NO2 rather than PM10 but most people would agree that in terms of human health most benefits would be in terms of reducing PM10s.”

Mr Baker explained: “However, there are still obvious health concerns regarding particulates. They have specific targets they have to achieve from a statutory point of view. Mr Baker explained that historically a lot of air quality management areas had been declared for both and that the majority at present were for busily trafficked areas with higher levels of nitrogen dioxide.

And, reflecting on current concerns within the air quality sector, he added: “There are concerns at the moment over the proportion of diesels in the car fleet.”