Defra has rejected claims of a ‘great smog cover-up’ after a report highlighted concerns about air quality awareness raising at the forthcoming Olympics.

The report, published by the Commission for a Sustainable London 2012 on June 19, lists ‘awareness raising in the event of any Games-time poor air quality episodes’ as one nine important issues still to be resolved in time for the Games. 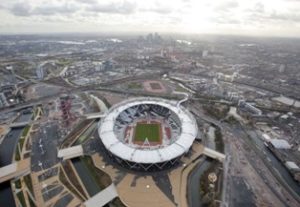 With millions of extra visitors expected to visit the capital during the Olympic Games, the Commission for a Sustainable London 2012 fears that air quality may suffer

And, it says that ‘the main sustainability concern from the transport experience will be air quality’ and that it has  ‘expressed concern about the degree to which public health messaging will reach tourists who may not be familiar with London’s air quality challenges on days when air quality is poor’.

A particular concern of the Commission’s is that London’s air quality, which is already poor, is at risk of worsening as millions of extra visitors travel to and within the capital.

Commenting on the report, Simon Birkett, founder and director of the Clean Air in London campaign, claimed that not enough was being done to raise awareness about poor air quality in the capital.

He said: “This report packs a knockout punch. The most-respected independent organisation associated with the London 2012 Olympics has revealed clearly the UK’s failure to warn the public during smog episodes.

He added:  “The simple fact is that the UK authorities don’t want anyone to know London has the highest levels of nitrogen dioxide, a toxic gas, of any capital city in Europe.

“With the world’s media starting to arrive for the Games, the great smog ‘cover-up’ is rightly set to become one of the big issues for London 2012.”

However, Defra rejected these suggestions, claiming that it provides a ‘huge amount’ of information on air quality to the public and is always looking to build on this.

A Defra spokesperson told airqualitynews.com: “We already provide a huge amount of information about air quality through the UKAir website, including forecasting and regular updates on air pollution.  However, we are always looking for ways to make it easier for people to stay informed which is why we recently introduced a new dedicated air quality feed on Twitter.  People can also sign up to local services like Airtext, which will text and email updates straight to your inbox.”