The UK could face fines from Europe after its plans for reducing air pollution in twelve zones across the country were rejected by the European Commission this week.

Under EU law, member states have had to keep emissions of various pollutants including nitrogen dioxide below certain levels from January 2010. 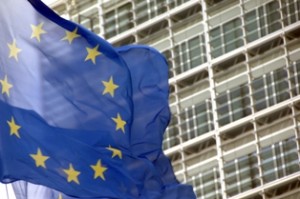 After failing to meet this target in most parts of the UK, the government applied in September 2011 to postpone the deadline until 2015 at the latest for 24 out of the 43 zones and submitted plans to show how it would achieve this.

But, it objected to the postponement plans for 12 zones, including Bristol, Liverpool and Sheffield, because it said the UK could not prove that compliance with the deadline would be achieved by 2015.

One of the concerns raised by the Commission was a lack of a clear commitment in the plans in some areas to set up a low emission zone, which it said made it uncertain if compliance would be achieved.

The judgement comes after the UK government already conceded that it will fail to meet targets by 2015 in 16 zones including London, where compliance is not expected until 2025.

The decision notice says: “The Commission finds that objections should be raised to the postponement of the deadline for attaining the annual limit value for NO2 emissions in zones 1-3, 5, 6, 12, 14, 17-19, 21 and 22 on the grounds that the United Kingdom has not demonstrated that compliance with this limit value can be achieved nu January 1 2015 or earlier.”

It is unclear whether the Commission may now launch infraction proceedings against the UK, which could involve large fines. However, this was not referred to in the Commission decision document and it is understood that Defra is keen to provide more information to the Commission in a bid to resolve the situation.

According to the UK government, the UK is among the member states facing the greatest challenges for nitrogen dioxide, based on factors such as the significant shift to diesel in the UK’s vehicle fleet and the poor performance of European vehicle emission standards for diesel engines.

However, many other member states including France, Germany and Italy also failed to meet the 2010 target for reducing nitrogen dioxide emissions and have also had to submit postponement plans. An extension for the Netherlands has been granted while plans for Denmark were rejected earlier this year. Most member states are still awaiting a decision.

The Commission decision about the UK came just as environment commissioner Janez Potočnik told an event in Brussels that certain member states needed to be doing more to improve air quality.

Speaking to delegates from the Air Quality Initiative of Regions conference on June 26, he said: “We appreciate your efforts to improve air quality in your regions and recognise that some regions are facing persistent problems in meeting existing air quality and emission standards. But, I am concerned that some national or local measures are of a limited effectiveness. We look to you to ensure that your air quality priorities at regional level are properly reflected in the national positions taken on these important initiatives.”

Mr Potočnik did however say that this improvement was needed alongside action at EU level as well, acknowledging that there was ‘a need to address the failure of EU standards to reduce NOx emissions from diesel cars’.