Environmental consultancy AEA Technologies has said that its air quality monitoring work carried out on behalf of the government will carry on unaffected following reports that it is facing financial pressures.

The energy and climate change consultancy was awarded a three-year £4.5 million contract by the Department for Environment, Food and Rural Affairs (Defra) to maintain the UK’s National Atmospheric Emissions Inventory (NAEI) in November 2011, which includes air quality monitoring. 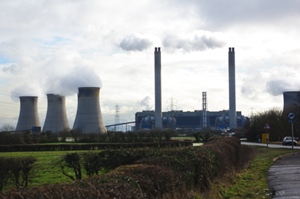 Under the Defra contract, AEA leads a team of UK experts in producing detailed estimates of air pollutants at sites around the UK. This includes emissions arising from a wide range of sources such as motor vehicles, power stations, industrial and commercial facilities, as well as agriculture.

Pollution data compiled by AEA Technology is then added to Defra’s UK-AIR website.

The company’s share price has fallen 92% compared to 2011, with a management statement released on August 17 AEA Technology Group PLC describing trading conditions as ‘challenging’. AEA is thought to be worth in the region of £1 million, and has debts of around £34 million.

In its statement, the company confirmed that it has secured additional short term funding and said that discussions with a number of interested parties were ‘ongoing’ to secure its long term future.

However, speaking to AirQualityNews.com a spokesman for the consultancy said that its work for Defra was not likely to be affected by its financial performance.

He said: “The future is not something we are able to comment on at this time, but we will continue to operate normally and deliver to our customers. This applies to all our customers including Defra.”

And, Defra has confirmed that AEA’s air pollution monitoring work will continue to be run as normal, and that it is ‘not concerned’ by reports of the company’s financial performance.

A spokesperson for Defra, said: “We are not worried by any of the reports we have seen, but it is not likely to affect the air quality monitoring or any of the other work that we do with AEA.”

AEA was formed in 1996 as an offshoot of the UK Atomic Energy Authority.