Strict requirements for monitoring emissions have been set out in a draft environmental permit for the operation of a waste-to-energy plant in Knowsley, Merseyside.

The plant, which will use gasification technology to turn waste into gas for combustion, is being proposed by Warrington-based specialist Energos for a site at Penryhyn Road. It will take non-hazardous mixed residual municipal, commercial and industrial waste and refuse derived fuel (RDF) as feedstock. 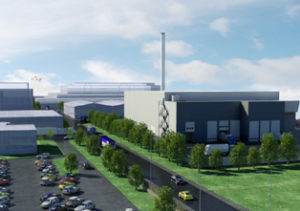 The draft permit imposes strict conditions around the level of emissions of particulate matter, hydrogen chloride, hydrogen fluoride, carbon monoxide and sulphur dioxide that the plant can emit to protect public health and the environment, and the Agency has said it will monitor the facility closely to ensure these conditions are met.

Energos already operates a 30,000 tonne a year gasification plant on the Isle of Wight which was forced to temporarily close twice in 2010 after being found to have breached emission limits. However, the company has attributed these problems to an old piece of kit used in the gasification process, and has provided assurances that the Knowsley plant will not experience similar problems.

While the Agency has provisionally granted a permit for the Knowsley gasification facility following a public consultation which began in February, it has given residents from the neighbouring community until October 12 to submit additional concerns before making its final decision.

Energos technical director, Tony Grimshaw, said the company had worked hard to ensure that measures were in place to ensure that emission levels would not be breached, and was confident that the plant would not have an impact on public health.

“We have worked closely with the Environment Agency and have been able to demonstrate the plant’s performance, the Agency recognise that it uses best available techniques in terms of NOX emissions.”

Steve Molyneux, environment manager for the Agency, said: “We’ve carried out a thorough assessment of the application and consulted widely on the details. We’ve sought comments from other organisations, including Knowsley council, Knowsley NHS, the Health Protection Agency and local people. The Environment Agency is confident that the proposed energy from waste facility will not harm human health or the environment.

“Although we’ve reached the stage where we are considering issuing a permit, our decision is not final and this last stage of consultation gives everybody the chance to see what the permit may look like and raise any additional concerns. People now have until 12 October 2012 to raise any new concerns before we make a final decision.”

Once completed, the Knowsley facility is expected to generate 8MW of energy, which the company said is enough to power 10,000 households.

Planning permission for the plant, which is expected to cost around £60 million, was awarded by Knowsley borough council in 2009, and ground works began on site in May, with the second phase o construction set to start in early 2013.

Residual waste received at the plant will be shredded before being fed into a gasification chamber, where it will be converted into a synthetic gaseous fuel (syngas). This syngas will then be transferred to a secondary oxidation chamber where it is mixed with air and recycled flue gas and burned.

Energos has not secured a long term waste contract to feed the plant, but says that the plant will operate as a ‘merchant facility’ and has identified a need within the local area for residual waste disposal.