Changes to the regulation of industrial emissions have been passed by parliament this week as part of amendments to environmental permitting regulations in England and Wales.

The Environmental Permitting (England and Wales) (Amendment) Regulations 2013 passed through parliament on Wednesday (February 13), with the amendments to industrial emissions regulations due to come into force at the end of the month, according to Defra. 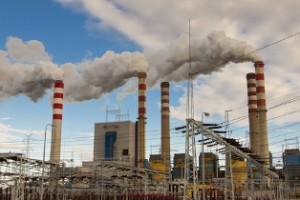 In Scotland, the regulations already came into force on January 7 in the Scottish government’s Pollution Prevention and Control (PPC) Regulations 2012.

They are the result of requirements set out in the EU’s Industrial Emissions Directive (IED), which replaces seven directives including those governing waste incineration, large combustion plants, integrated pollution prevention and control, activities using organic solvents and three on titanium dioxide production. It requires a wide range of industrial activities to be regulated so as to protect the environment from possible harm from their emissions.

The changes will give a greater emphasis to European Commission Best Available Techniques (BAT) reference documents, which provide information on emissions levels and are used for setting permit conditions.

In addition, permits must take into account the whole environmental performance of a plant, including emissions to air, water and land, generation of waste, use of raw materials, energy efficiency, noise, prevention of accidents, and restoration of the site upon closure.

Powers and provisions of the regulations remain largely the same, although provisions to improve transparency of information for the public have been added.

Small changes have also been made to monitoring and reporting protocols, site condition reporting and the enforcement powers of UK environment agencies.

There are around 19,000 smaller installations in England, according to Defra, which are subject to controls on emissions to air. They are regulated by more than 300 local authorities in England and often have Part B permits.

Costs of regulation are met through annual charges for the permits which each regulated installation must have in order to operate legally.

The changes largely affect holders of existing Part A permits, although some holders of Part B permits for smaller industrial activities will also be affected.

Commenting on the Scottish regulation changes, PPC specialist at Scottish Environment Protection Agency (SEPA) Wendy Thornton, said: “Following changes to European legislation, the new regulations were essential to help Scotland meet the requirements of the Industrial Emissions Directive. It was important to establish an integrated way of dealing with environmental issues, and these new regulations will help us protect the environment to the best of our abilities.”

She added: “The changes will impact on different businesses in different ways, so we would encourage anyone who is uncertain of how they may be affected, or would like further information, to get in touch.”

The new regulations are available to read on the UK legislation website.