Shadow transport secretary Maria Eagle has accused the government of allowing the UK to fall behind the US and Europe on its development of a charging network for low emission vehicles. 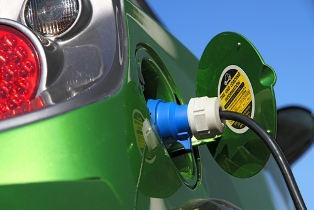 Commenting following the publication of research by the Institute for Public Policy Research (IPPR), Ms Eagle criticised the government for ‘abandoning’ its Coalition Agreement commitment to provide support for developing roadside charging infrastructure.

The Department for Transport opted against developing a national network of public charging points, after declaring that they were likely to be ‘under-utilised and uneconomic’, in a report published in June 2011.

Meanwhile, the IPPR has also called for the government to rule out any further cuts in support for low emission vehicles.

It said: “The government must be wary against cancelling the variety of fiscal benefits such as lower rates of vehicle excise duty, company car tax exemptions and 100% first year capital allowances. These incentives make Ultra Low Emission Vehicles (ULEVs) particularly attractive to public sector and business fleet managers which buy 58% of new cars in the UK.

“To further support this market, the government should reverse its perverse decision to withdraw charging infrastructure support to business. Meanwhile, at a local authority level, greater coordination is needed to ensure that drivers are entitled to similar parking rights when crossing political borders. We therefore recommend that a ‘green badge’ scheme, that mirrors the blue badge scheme for disabled drivers, should be introduced.”

Commenting on the findings of the report, Ms Eagle, the Labour MP for Garston and Halewood, said: “Britain is now falling behind the rest of Europe and the US on electric cars because Ministers abandoned the commitment they made in the Coalition Agreement to deliver the national recharging network that is vital to boost consumer confidence. Their strategy explicitly rules out a roadside network and opts instead for home and workplace recharging, despite this being impractical for many people and not providing reassurance for longer journeys.

“The Government should be supporting green industries and new jobs by ensuring Britain leads the world on ultra-low emission vehicles, setting out a clear roadmap to deliver a national recharging network and ensuring that public procurement helps drive the switch to green car fleets to stimulate an affordable second hand market.”