Islington council will from today (August 1) begin issuing on-the-spot fines to idling motorists in the London borough in a bid to boost air quality.

In what the borough council believes is the ‘first campaign of its type’ in UK, drivers in the borough will be educated on the air quality impacts of running their engine while the vehicle is stationary. 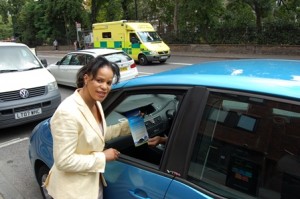 And, drivers who fail to turn off their engine after being asked to do so by an authorised council officer will also be issued with on-the-spot fines under the Road Traffic (Vehicle Emissions) (Fixed Penalty) (England) Regulations 2002.

The law covers all vehicles on public roads including buses, taxis and private cars. However it does not apply to vehicles moving slowly due to road works or congestion; vehicles stopped at traffic lights; vehicles under test or repair; or defrosting a windscreen.

According to the council, an idling engine can release as much pollution into the air as a moving vehicle, so turning off the engine when stationary reduces the amount of harmful pollutants being released while also saving on fuel costs.

Islington has also been working with Transport for London (TfL) to encourage high-polluting buses to switch off their engines when idling at bus stops at driver switch-over points and bus stops at the end of routes.

The council’s campaign comes as the Mayor of London Boris Johnson this week announced his air quality manifesto for the capital, which includes proposals to charge diesel drivers an additional £10 to drive in the planned ultra low emission zone (ULEZ) from 2020 (see airqualitynews.com story).

However, Islington council believes Mr Johnson should be doing more to tackle air pollution and protect the health of residents in the borough. 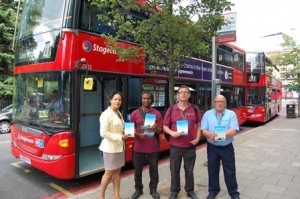 Islington councillor Claudia Webbe, executive member for the environment, said: “We are committed to improving air quality in Islington which is why we are clamping down on idling buses, lorries and diesel cars, as part of our air quality strategy.

“We are taking action to tackle the problem of air pollution in Islington but we need Boris Johnson to do his share: by introducing a low-polluting bus fleet, and addressing the high number of polluting lorries that travel through our streets on a daily basis affecting residents’ health.”

The campaign is the latest part of the council’s commitment to reducing air pollution and increasing air quality, and follows the launch of Islington’s air quality strategy, the introduction of 20mph speed limits and the Air Text service for residents.

More information on the borough’s idling campaign is available on the council website.