The government’s health spokesperson in the House of Lords has refuted suggestions that the UK has no strategy on air quality and emphasised that local authorities have responsibility for monitoring pollution in their areas.

In a debate on air pollution in the second chamber this week (November 3), Liberal Democrat peer and government spokesperson for health, justice, women and equalities in the House of Lords, Baroness Northover defended the government’s strategy on air quality in the UK. 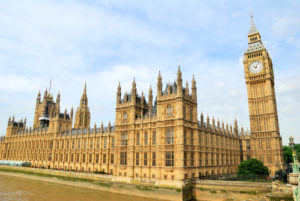 During the session, Labour peer Lord Whitty asked: “Does the Minister accept that the government have virtually abandoned previous local and national air quality strategies and the development of low-emission zones, and have ignored the Environmental Audit Committee’s recommendations? When are we going to see a proper government strategy on air quality?”

Baroness Northover refuted the suggestions in the question, however, stating that the government takes the issue “extremely seriously” and is “working extremely hard to combat” nitrogen dioxide levels across the UK.

And, after a similar accusation that the government has “no strategy” on air pollution from Labour’s Baroness Worthington, Baroness Northover said that responsibility for air quality monitoring lay with local authorities.

She said: “I refute what the noble Baroness says. It is extremely important that local authorities work out in their own areas where the key spots are. They are best placed to monitor and identify them, and it is their responsibility. Defra takes an overarching responsibility, working with the local authorities.”

Green Party peer Baroness Jones of Moulescoomb then later suggested that “the Minister does not understand the concept an overall plan for the whole of Britain” as the “problem is Britain-wide”.

Baroness Jones also commented on plans – currently under consultation – for an ultra low emission zone in central London from 2020, adding: “The Mayor of London is planning an ultra-low emission zone, which is fantastic, but it is still too small and too limited, and that will be the problem every time if the government do not take the lead.”

In response, government spokesperson Baroness Northover said: “As I have just answered, it is important that Defra takes an overall strategic approach —which it is doing—and that the local authorities look at the situation—it may be a road junction—in their area. It is important to work on a local, national, European and international scale.”

Elsewhere in the debate, the Baroness accepted comments from Conservative peer Lord Borwick – a trustee at the British Lung Foundation – that there is a “regrettable lack of research into the detailed effects of air pollution on the lungs of Londoners”.

She responded: “My noble friend makes a good point, and this is something that Public Health England is taking up. We work very closely with the Department of Health and Public Health England. It is extremely important that we encourage research into the effect of pollutants.”

She commented: “The more we involve and educate people of every age the better as far as tackling this is concerned. As the noble Earl will know, local authorities monitor locally. We have 273 sites, but if his suggestion brings many more sites on stream, maybe it is a very good idea.”