The London Assembly has called on the Mayor, Boris Johnson, to support the re-introduction of pedestrian-only days on Oxford Street, which suffers from some of the highest levels of air pollution in the capital.

Assembly Members today (November 5) backed a motion by 16 votes to eight urging the London Mayor to start work on options to cut air pollution and improve safety on the busy shopping street, amid evidence of rising collisions between pedestrians and buses. 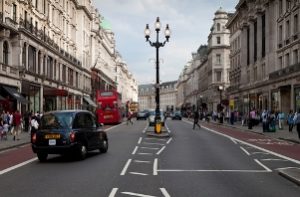 The motion backed by the Assembly today calls in the short term for the “highly popular” VIP day to be re-introduced this Christmas, alongside “a programme of weekend pedestrian closures over summer months based on the successful New York Summer Streets programme”.

It also urges TfL to “draw up a number of options to end pedestrian fatalities and serious injuries as well as reduce air pollution in Oxford Street”, which would then form the basis of a public consultation “before the end of 2015”.

In addition, the motion notes the comments made by King’s College air quality scientist Dr David Carslaw from a July interview with the Sunday Times, in which he said that measurements of nitrogen dioxide concentrations on Oxford Street were to his knowledge “the highest in the world in terms of both hourly and annual mean” and “as high as they have ever been in the long history of air pollution” (see airqualitynews.com story).

The motion follows a report last month by the Assembly’s Liberal Democrat group, which argued that Oxford Street would be “doomed to decline” unless it was fully pedestrianized by 2020.

Transport for London (TfL) figures also show pedestrian collisions with buses have increased on Oxford Street, while another report by the Assembly’s transport committee earlier this year – ‘Feet First’ –revealed that six of the capital’s top 24 pedestrian collision hotspots are on this road.

According to Lib Dem Assembly Member Stephen Knight – who proposed today’s motion for pedestrian-only days – minor modifications to Oxford Street will “not be sufficient to maintain the West End’s status as a premier shopping destination in the face of poor pedestrian safety and world beating pollution levels”.

Mr Knight said today: “Oxford Street cannot go on being a street where a pedestrian is knocked-down every five days and where nitrogen dioxide pollution is higher than anywhere else on the planet. The on-going conflict between pedestrians and vehicles must be resolved in favour of pedestrians once and for all, if the west end is to remain a world-class shopping centre. This motion asks the Mayor to draw up proposals and start a formal consultation by the end of 2015.”