Diesel vehicles will “still be around for many years to come” but Euro VI standards coming into force next year will “go a long way” to addressing associated nitrogen dioxide and particle emissions, according to the Society of Motor Manufacturers and Traders (SMMT).

The London Assembly’s environment committee met yesterday (November 6) to discuss tackling diesel emissions in the capital, at which SMMT chief executive Mike Hawes told committee members that “we have invested in cleaner technology” and that “banning diesels is not the answer”. 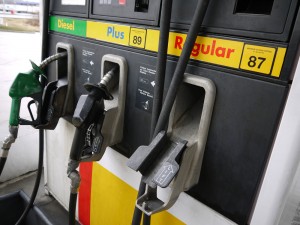 Diesel vehicles were previously encouraged by the UK government as they emitted less carbon than petrol vehicles. However, the Assembly heard that more recent studies have found that older diesel vehicles produce high levels of particle and nitrogen dioxide emissions, which is a problem in London where bus fleets and heavy goods vehicles often rely on diesel technology.

Mr Hawes explained: “In the last 10 years we have seen an increase in the proportion of sales of new vehicles being diesels. And that is a trend you are seeing across the UK and Europe and the rest of the world.”

However, Mr Hawes said: “The internal combustion engine, whether diesel or hybrid, will still be around for many years to come.”

Mr Hawes said that more stringent EU emission standards for petrol and diesel vehicles – Euro 6/VI – were no “silver bullet” for reducing particle and NO2 emissions, but he suggested that they would significantly reduce emissions of air pollutants.

From January 1 2015, all new cars sold in the EU must meet Euro 6 standards, which include stipulations to reduce nitrous oxide (NOx) emissions by 50% compared to Euro 5 standards.

Mr Hawes said: “Models from next year will go a long way to addressing some of the problems you have just heard.”

But, Dr Kelly explained that as a significant amount of harmful particle emissions are caused but break, tyre and road wear “there is no such thing as a zero emission vehicle”.

Therefore, he said: “As long as we have cars driving into London we will have an air quality problem. That is the magnitude of the problem.”

Dr Kelly also explained some of the health impacts from exposure to particle and nitrogen dioxide emissions in urban areas such as London, commenting on a 2002 southern California academic study linking air pollution and restricted lung growth in children, which he described as “the most worrying finding associated with poor air quality”.

Dr Kelly said that a number of similar studies were subsequently started around the world in the likes of Stockholm, China and Japan which have “come up with the same sorts of findings”.

In addition, he said another similar four-year study – ‘EXHALE’ – being carried out by KCL in Hackney, East London, has also finished collecting data and would publish a final report in the near future.

However, Dr Kelly commented: “There is an indication that we are seeing a similar amount of reduced lung growth in London.”