A £1 billion clean and low emission vehicle research centre was unveiled by Business Secretary Vince Cable at the University of Warwick yesterday (November 6). 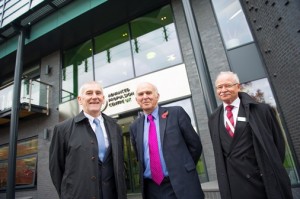 According to APC, the two projects led by car manufacturer Jaguar Land Rover are part of the projects announced this year that will safeguard 2,500 jobs in the industry.

In addition, the APC in partnership with the Department for Business, Innovation and Skills announced another £100 million funding round for businesses to develop low carbon, low emission automotive propulsion technologies, which will open for applications on November 10 2014 until January 7 2015.

Vince Cable said: “Green technology will drive the cars of the future and UK designers and manufacturers must continue to be leading innovators in this field. That’s why we’ve collaborated with industry to provide £1billion joint investment in the Advanced Propulsion Centre – one of the driving forces behind our automotive industrial strategy.

“The APC will be the hub for projects as diverse as using motorsport braking systems in buses, and streamlining the production of electric motors. It’s these kind of initiatives that will enable our automotive sector to raise the bar in innovation, give businesses the confidence to invest and create high skilled jobs.”

A private limited company, the Advanced Propulsion Centre was formed in 2013 from a commitment between the government and automotive industry through the Automotive Council to ‘position the UK as a global centre of excellence for low carbon powertrain development and production’.

More information and a video of the Centre can be found on the APC website.