However, adopted at the council meeting on Thursday evening, the document – ‘Getting Around Bath: A Transport Strategy for Bath’ – has been criticised by Conservative councillors for its “disappointing lack of detail”. 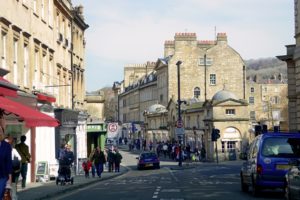 According to council documents, improving air quality “will be key to the future of the city” and “almost all of the measures within the Strategy should help with this objective”.

As well as recommending the council continue investigating the potential for a Low Emission Zone in the city, other policies in the Strategy include improved cycle routes and introducing park & ride schemes.

The Strategy states that air quality “continues to be one of the most serious issues facing the city” and that the council will “continue to lobby the government to give us the appropriate powers to address this problem”.

It adds that “the historic core of Bath and key arterial routes are suffering from the intrusion of cars and the quality of life throughout the city is being adversely affected”.

Regarding traffic, measures in the Strategy include the development of a city centre traffic management plan, which would seek to remove gyratories and traffic signals where possible, as well as supporting car share schemes.

The Strategy focusses on developing measures to remove traffic from the central areas of the UNESCO World Heritage city while also reducing its impact on other areas, such as Queen Square, Manvers Street and Dorchester Street.

And, according to the council, although there are no specific measures outlined in the strategy regarding electric cars, 77% of the 208 respondents to a public consultation on the strategy over the summer also said they would support proposals to increase facilities for these vehicles in the city. 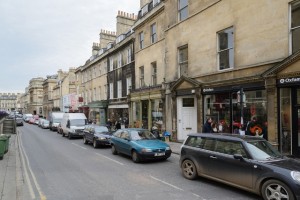 However, Conservative Party councillor and opposition transport spokesman Anthony Clarke has criticised the lack of specific proposals in the strategy, although he said it was a “step in the right direction”.

Councillor Clarke said: “However, the final document is still lacking specific proposals in many important areas. Many parts of this strategy simply identify the need for yet more reviews, studies and investigations into things like park & rides, traffic management, car parking capacity, and HGVs.

He added: “The most glaring hole is the continued lack of progress over the long-discussed East of Bath park & ride, with a decision over where it should go once again kicked further down the road.

“Unfortunately, this shouldn’t come as a surprise given the Lib Dems’ abysmal record on transport and their complete failure to get to grips with Bath’s traffic problems.  It’s telling that there are far more specifics when it comes to cycle-routes than on issues such as park & rides and traffic-flow.”