The City of London Corporation is to end the use of diesel vehicles across its operations.

The authority, which has a fleet of around 300 vehicles has also announced a number of other policy measures aimed at improving air quality in the district. 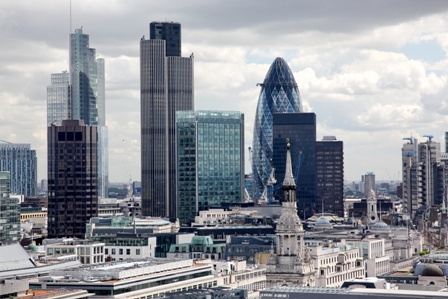 Last month a crackdown was announced on drivers, who leave their engines running idle, while a deal was reached with taxi firm Addison Lee, a private hire firm to automatically switch hybrid taxis to electric in areas of the Square Mile.

City of London Corporation claims it has cut nitrogen dioxide (NOx) by 40% and particulate matter (PM10) by 50% thanks to a reduction in fleet size and purchase of cleaner vehicles.

Chris Bell, head of procurement at the City of London Corporation, said: “This agreement is a major step forward in our drive to protect the millions of London tourists, workers and residents from air pollution.

“We take air quality extremely seriously. We are taking responsibility for the cleanliness of our fleet and encouraging the use of low and zero emission vehicles with our partners.

“It complements the work that we are doing to support many city businesses who are also cutting back on vehicle deliveries and using more hybrid vehicles.”

An app called ‘City Air App’ has also been created by the authority, which provides low air pollution travel routes to 15,000 Londoners.

Other measures include the introduction of a 20mph zone and new procurement rules on emissions from bulldozers and generators.

Clean Air In London, which campaigns to ensure the capital and elsewhere meets World Health Organisation guidelines on air pollution welcomed the announcement.

Simon Birkett, director and founder of Clean Air In London, said: “It is thrilling to see the City of London Corporation take urgent steps to ban diesel. The mayor and other London local authorities must do the same thing.”