Low emission bus zones will be put into operation along major routes in South London from next year, Mayor of London Sadiq Khan announced yesterday (8 August).

The announcement is a part of Mr Khan’s plans to tackle air pollution in the capital. 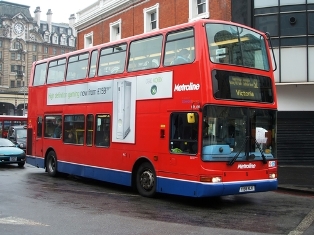 Routes along Putney High Street will see hybrid or diesel buses used with anti-pollutant systems that “far exceed” Euro 6 emission standards, according to the Mayor.

Bus routes between Brixton and Streatham will be to a low emission service by October 2017, Mr Khan confirmed.

He said: “It is a scandal that in a wonderful, modern world city like London, thousands of people are dying because the air they breathe is toxic.

“I am absolutely committed to speeding up our efforts and making sure I do everything possible to improve air quality in the capital.

“Too many of London’s busiest high streets are choked with fumes and this move will improve the health of those living and working in the most polluted areas.”

Transport for London (TFL) has been ordered by Mr Khan to only procure hybrid or zero-emission double-decker buses for the routes from 2018.

The ultra low emission zone (ULEZ), which will tighten requirements on diesel vehicles to be Euro 6 emission standard compliant to avoid a congestion charge, will be expanded to cover 3,000 buses outside of the central zone, according to the Mayor. He also wants to see all buses operating in the central ULEZ comply by 2019.

TfL has also been tasked with developing a detailed proposal for a national diesel scrappage scheme, which will be handed to the government (see airqualitynews.com story).

The mayor believes the ULEZ’s will see NOx emissions fall by 84% in highly polluted areas of London.

These zones will see changes to road layouts across the capital to ensure buses are given priority over other traffic.

He added: “We’ve identified a number of routes where we can implement the Mayor’s low emission bus zones plan quickly and efficiently.  These corridors will see quicker journeys and real lasting improvements in air quality.”

He said: “Putney High Street has seen the biggest fall in pollution levels in London thanks to investment in the bus fleet and we’re pleased our new mayor will continue to treat this road as a priority.”