People living near busy roads have a higher risk of developing dementia, a study published in the UK medical journal The Lancet yesterday (4 January) has claimed.

Researchers studied records of around 6.6 million people living in Ontario, Canada for 11 years from 2001 to 2012, monitoring the link between traffic exposure and diagnosis of dementia, Parkinson’s disease and multiple sclerosis. 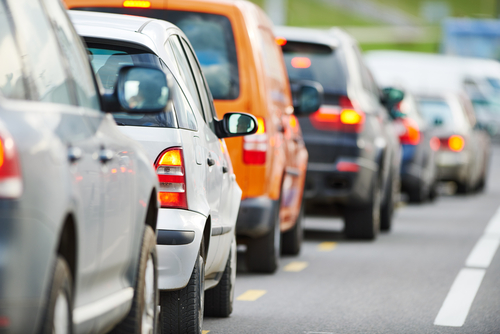 Factors including exposure to air pollution and noise were considered as part of the study.

While the study found no link between exposure to pollution and the development of Parkinson’s disease or multiple sclerosis, it found that people living near major roads have an increased risk of developing dementia.

Although UK dementia experts welcomed the report, some questioned its conclusions.

The study found that the risk for developing dementia was 7% higher for people living within 50 metres of a busy road, 4% higher between 50-100m and 2% higher between 101-200m, compared with those living more than 200 away from a major road.

One in 10 (7-11%) cases of dementia among those who live within 50 metres of a major road could be attributable to traffic exposure, the researchers claimed.

Determining people’s proximity to major roadways based on postal codes, the study accounted for socioeconomic status, education levels, BMI and smoking – meaning the link is unlikely to be explained by these factors.

The study also found that alongside exposure to the two most common pollutants – nitrogen dioxide and particulate matter – other factors are also likely to be associated with dementia, including other air pollutants or noise from traffic.

Dr Hong Chen, who led the study at Public Health Ontario, said: “Increasing population growth and urbanisation has placed many people close to heavy traffic, and with widespread exposure to traffic and growing rates of dementia, even a modest effect from near-road exposure could pose a large public health burden.

“More research to understand this link is needed, particularly into the effects of different aspects of traffic, such as air pollutants and noise.”

Despite growing concerns a direct link has not been established between air pollution and dementia.

Prof Martin Rossor, national director for Dementia Research at University College London Hospitals (UCLH) said: “This is an important paper that adds to the evidence that air pollution is bad for health.

“It is not possible to infer cause and effect from a cross sectional study nor to what extent air pollution contributes to any single case of dementia. The effects are small but with a disorder with a high population prevalence such effects can have important public health implications.”

However, Prof Rob Howard, Professor of Old Age Psychiatry at UCL, questioned the conclusions of the report: “We know that major road air pollution is bad for general health and this latest study doesn’t tell us whether the small increase in dementia risk is driven by indirect effects or whether proximity to traffic directly influences dementia pathology.

“Regardless of the route of causation, this study presents one more important reason why we must clean up the air in our cities.”