Taxi drivers are keen to use low emission alternatives to diesel vehicles, but barriers including cost may be preventing a switch, research published ahead of the UK’s first National Clean Air Day has suggested.

The ‘Cabbies for Clean Air’ research, which was jointly compiled by the behaviour change charity Global Action Plan, and LPG fuel supplier Calor, saw 19 taxi drivers in London, Southampton and Glasgow interviewed on the issue of air pollution. 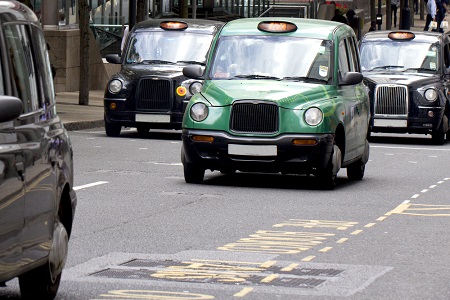 Taxi drivers from London, Southampton and Glasgow were interviewed as part of the research. (Picture: Shutterstock)

According to the research, drivers are concerned about the impact of air pollution on their health while being exposed to vehicle emissions for 8-12 hours during the working day, as well as potential health impacts on the wider population.

Commenting on the research, Peter Bond, senior union rep at Unite and London taxi driver, said: “London taxis obviously contribute to the emissions problem in London with NOx and particulates and we have to accept that we are part of the problem. We fully support initiatives to go to electric or zero emission capable vehicles but this has to be done alongside schemes that can help taxi drivers.”

The research suggests that the cost for a new diesel back cab is around £45,000 – whilst the latest electric models are claimed to cost significantly more, with one driver in Scotland quoting a £60,000 cost for an electric vehicle.

“We fully support initiatives to go to electric or zero emission capable vehicles but this has to be done alongside schemes that can help taxi drivers.” – Peter Bond, London taxi driver and Unite rep

Support for cabbies to switch to low emission electric vehicles is available, and in March the government announced a £50 million Plug-in Taxi Grant programme, which includes offering taxi drivers up to £7,500 off the price of a new vehicle.

However, the Cabbies for Clean Air report has claimed that subsidy schemes “have not gone nearly far enough” to support the roll out of more electric cabs. 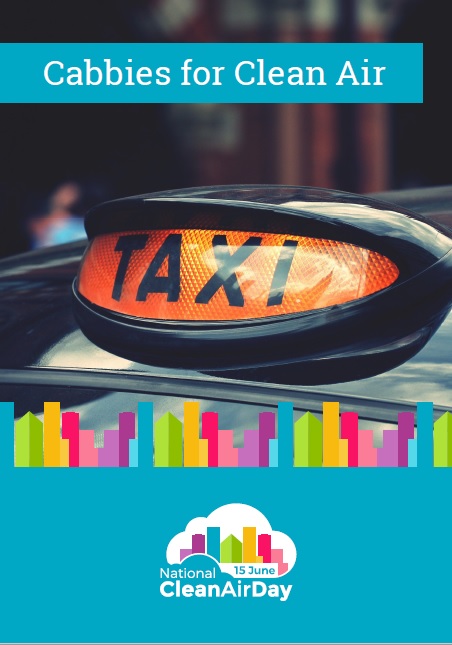 It is expected that electric taxis will become more price competitive with their diesel counterparts as more vehicles enter the market, with the first new TX5 zero emission taxis from the London Taxi Company’s Coventry plant due to go on sale from September 2017, among new models emerging. London Taxi Company has yet to confirm the market price for the TX5.

Availability of charging infrastructure, vehicle range and charge times were also quoted as potential barriers to investment in electric vehicles.

Other low emission options exist for taxi drivers, including liquefied petroleum gas (LPG). Calor, which backed the report, supplies LPG as an alternative fuel through Autogas Limited, a joint venture with Shell.

The company claims that LPG presents an ‘affordable solution’ to reducing vehicle emissions as diesel engines can be converted to run on the fuel, which offers reduced emission levels, at a cost of around £10,000.

Commenting on the findings of the report, Rebecca Hart, corporate affairs manager at Calor, said: “It is important that the views of taxi drivers are understood and considered. Policies aimed at improving our air are rightly being prioritised, but taxi drivers need affordable and readily available solutions to bring their emissions down quickly and get older diesel models off the road.

“Calor believes LP-gas retrofit represents this affordable transition solution. At £10,000, retrofit to LPG will drastically reduce emissions on NOx, PM and carbon and is ULEZ compliant. The government’s new Clean Air Strategy consultation points towards funding that would give taxi drivers support for retrofit which should be given serious consideration by politicians as part of an immediate solution to the air quality challenge.”

The research added that taxi drivers and unions such as Unite are keen to engage in ‘open dialogue’ with local and central government to discuss policies which affect them and other road users.

Chris Large, senior partner of National Clean Air Day organiser Global Action Plan, added: “It is incredible to see the passion that cab drivers have for creating cleaner air in their cities, especially for the sake of children. They have some fantastic ideas for solutions and they clearly want to be a central part of the movement that cleans up air pollution.”

Elsewhere in the report, taxi drivers also expressed concern about an increasing numbers of vehicles on the roads, in particular a rising number of private hire vehicles, but were supportive of schemes to improve cycling and use of public transport, and called for taxis to be considered as part of a ‘holistic’ approach to infrastructure.

Stuart Hope, a London taxi driver surveyed as part of the project, said: “If someone wants to implement an idea then work alongside the taxi trade so we can actually be the solution and not the problem.”