The body representing London’s local authorities – London Councils – has claimed that the city’s boroughs are ‘already going beyond’ measures set out by the government in its air quality plan.

The comments came in the organisation’s formal response to the government’s consultation on the draft plan to reduce nitrogen dioxide emissions in towns and cities, which was published last month (see airqualitynews.com story). 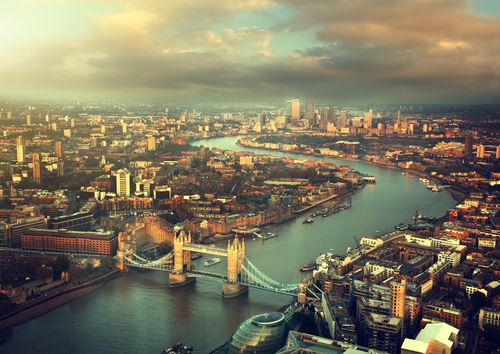 According to London Councils, the government has acknowledged that air pollution levels in the capital are the ‘most challenging in the country’, but it claims that the government’s strategy is not ‘directly relevant’ to the city’s local authorities.

It notes: “Local authorities already have the powers to introduce Clean Air Zones, and London has already announced plans for such a policy with the ULEZ in central London. So with the actions currently being undertaken, or are planned to be undertaken by the London boroughs and Greater London Authority, London already goes beyond what is proposed in the government’s air quality plan.”

According to London Councils, the plan “lacks details” of any central government action to address air quality issues, and instead places most of the responsibility on local authorities without providing any commitment or detail around additional funding support.

The organisation has reiterated its call for changes to Vehicle Excise Duty (VED) and also suggests changes to company car taxes as well, to disincentivise people from buying the most polluting vehicles.

It has also called on the government to introduce a new Clean Air Act, to ensure that the UK’s legal pollution limit values match, or improve upon, the EU’s regulations.

Commenting on the response, Cllr Julian Bell, chair of London Councils’ transport and environment committee, said: “London boroughs are keenly aware that air pollution is a serious concern. They have a range of excellent local initiatives already in place to tackle this, including action on engine idling, cleaning borough fleets and improving the urban realm. As well as the work the boroughs are doing directly, the Mayor is introducing an Ultra Low Emissions Zone for London. However we believe that central Government has an equally crucial role in supporting councils as well as leading on national strategies to improve air quality.

“We believe that Defra’s draft Air Quality Plan could go much further by committing government to take firm action, providing additional support to councils and including specific proposals for addressing the use of privately-owned vehicles, encouraging people to try more sustainable travel options, and increasing investment in public electric vehicle charging networks.

“Air pollution does not respect administrative boundaries which means that government, councils and businesses need to work together to deal with it. We hope to see this reflected in the final version of the Air Quality Plan.”

A full version of the Air Quality Plan is due to be published by the end of July.