The deadline for the publication of the government’s final plan for dealing with the UK’s illegal levels of nitrogen dioxide is days away, with latest reports suggesting that ministers favour a ‘very targeted’ scrappage scheme for diesel vehicles.

Proposals to bring the UK in line with the EU’s ambient air quality legislation are due to be published by Monday (31 July), with at least 16 areas in the country including London, Birmingham, Leeds and Glasgow in breach of current limits for NO2. 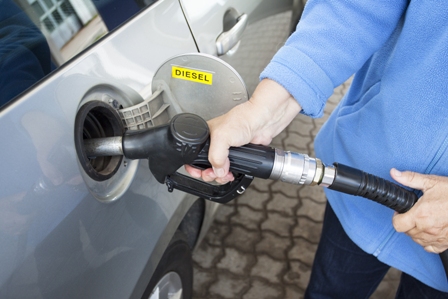 Publication of the plan will represent the third set of proposals put forward by government to tackle the UK’s NO2 emissions, with two previous versions of the plan having been ordered back to the drawing board following legal challenge by the environmental campaign group ClientEarth in 2015 and 2016.

ClientEarth also took Defra to court last month over its latest draft version of the plan, which it described as ‘wholly inadequate’ to meet the UK’s legal requirements.

This challenge was dismissed by the High Court, although the Judge presiding over the case, Mr Justice Garnham, did warn that the final proposals could be open to challenge if they are deemed not to be sufficient to bring air pollutant emissions into compliance with legal limits (see airqualitynews.com story).

Reports circulating today suggest that a ‘very targeted’ scrappage scheme, which would include the oldest, most polluting diesel cars, could be among the measures included within the plan to reduce transport emissions.

Within the draft of the plan, which was launched for consultation on 5 May, Defra stopped short of endorsing a scrappage scheme, but it did ask for views on the proposal.

The technical report published in conjunction with the plan suggested that the government could consider a scrappage scheme, which would potentially see around 15,000 of the oldest and highest emitting vehicles – 9,000 diesel and 6,000 petrol vehicles – scrapped and replaced with new Battery Electric Vehicles (BEVs) during a one-year period.

In the consultation document, the government also outlined a number of measures to reduce emissions from diesel vehicles which could be explored over the next 12 months, such as the “appropriate tax treatment for diesel vehicles”, and ensuring that environmental performance is apparent to consumers when purchasing cars (car fuel efficiency label).

Senior political figures including the Mayor of London, Sadiq Khan, West Midlands Mayor, Andy Street, as well as 67 cross-party MPs who last week signed a joint letter to the Environment Secretary Michael Gove have all backed the introduction of a scrappage scheme.