Royal Mail is to trial the use of nine fully-electric trucks weighing up to 7.5 tonnes from its Mount Pleasant Mail Centre in London, under a partnership with the Banbury-based electric vehicle manufacturer Arrival.

The vehicles will be used to transport mail between distribution centres in London and the south east of England. 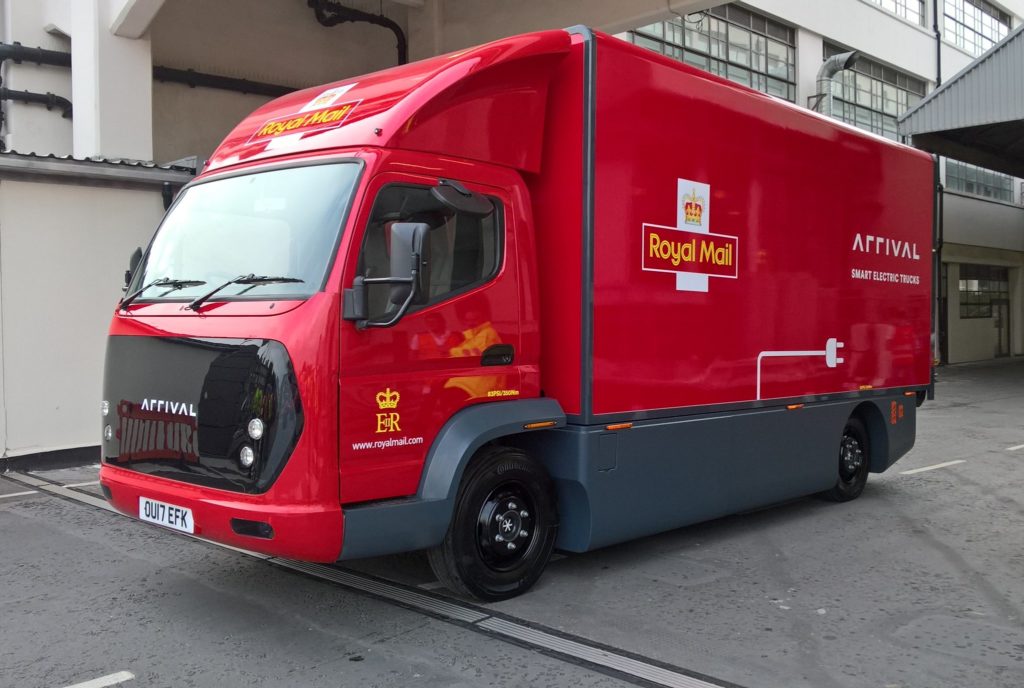 The co-branded red Royal Mail electric trucks are the first to be produced at Arrival’s 110,000 sq ft factory in Banbury. The company, which has had financial backing from venture capital firm Kinetik, had previously operated under the name Charge Automotive.

Trials will begin with three 6-tonne vehicles later this month, followed by three 3.5-tonne vehicles and another three 7.5-tonne trucks later in 2017. The Mount Pleasant centre has been fitted with charging points to enable vehicles to be recharged.

“We are pleased to be the first fleet operator to take delivery of and trial these new larger payload vehicles which will complement the 100 electric vans we recently ordered.

“We will be putting them through their paces over the next several months to see how they cope with the mail collection demands from our larger sites.

“Royal Mail is trialling a variety of vehicles to see which work best for us and are keen to share our experience with other fleet operators who may be considering introducing electric vehicles.

“We have trialled electric trucks before but not of this type of design and look forward to see what additional benefits they can bring to our existing fleet of around 49,000 vehicles.”

Denis Sverdlov, chief executive of Arrival, said: “We are thrilled to partner with Royal Mail using our electric vehicles. Cities like London will benefit hugely from a switch to electric, in terms of both pollution and noise. Most importantly we are priced the same as diesel trucks removing the main barrier to go electric.”

Announcement of the trial comes just weeks after Royal Mail signed an agreement with the manufacturer Peugeot to purchase 100 Partner Electric vans for use on delivery rounds (see airqualitynews.com story). The vans will be deployed from December 2017, and will be complemented by a ‘comprehensive’ charging infrastructure at Royal Mail depots.