Transport for Greater Manchester (TfGM) has launched a campaign to encourage drivers to switch off their engines when stationary near schools.

The campaign, backed by the Greater Manchester Mayor Andy Burnham, will see hundreds of roadside signs installed, as well as an advertising and social media campaign to push the ‘Engine off when you stop’ message. 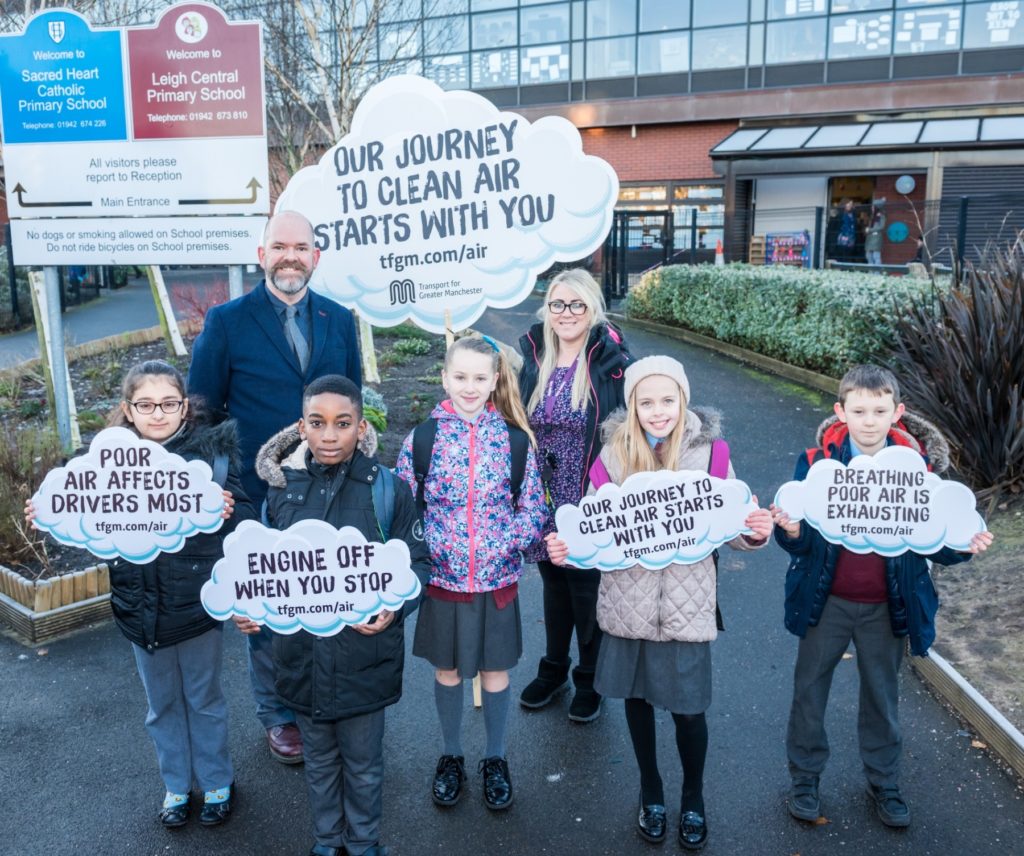 The campaign will also address the misconception that stopping and starting the engine wastes fuel, according to TfGM.

Air pollution contributes to the premature deaths of up to 2,000 people in Greater Manchester each year, figures published by the Royal College of Physicians suggest.

Commenting on the campaign, Andy Burnham said: “If we could see the invisible exhaust fumes we all breathe in every day, I’m sure we’d be horrified.

“Air pollution is an invisible menace and one which our young people are particularly vulnerable to. That’s why I’m calling on those of us who make the school run to switch their engines off when parked near the school gates.

“Leaving your engine ticking over is something we’re all guilty of. You might worry it’s a waste of fuel to restart the engine, or that your car heating will run cold if you switch off.

“In fact, leaving the engine running wastes more fuel – every two minutes ticking over is the fuel equivalent of driving a mile.

“Air pollution is one of the most important challenges currently facing us all. It makes financial sense, environmental sense and good health sense to switch off and I hope this campaign drives that important message home.”

Richard Houghton, deputy headteacher at Leigh Central Primary School, said: “We were very fortunate to be part of the Greater Manchester Clean Air Day Campaign last June which gave us a platform to raise awareness of the air quality around school.

“It’s great that the latest campaign has been launched from Leigh Central and we hope that this important message can be spread further so that our children’s health, and the environment, can benefit from better air quality.

“If everyone can make one simple change and switch of their engines when stationary, this can collectively make a big difference.”