Subscribe To Our Newsletter
Innovation, International, News
Will Date

The first images from a UK-built satellite, which has been designed to map air quality across the globe, have been published today (1 December).

Launched into orbit on 13 October, the Sentinel-5 Precursor monitors the atmosphere to track the spread of pollutants including nitrogen dioxide, methane, carbon monoxide and aerosols. 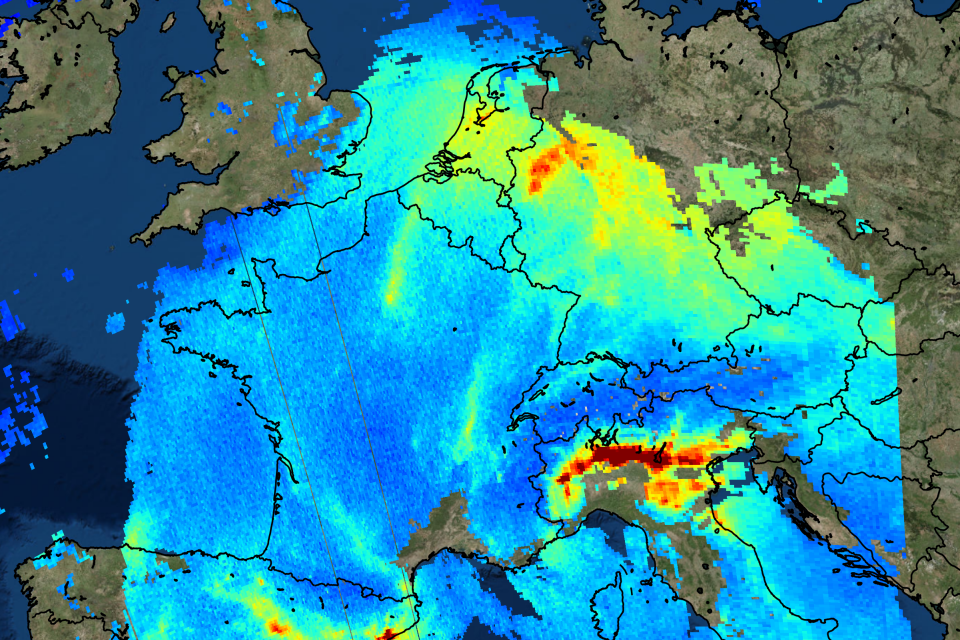 The prime contractor for the development and manufacture of the satellite, which is part of Europe’s environmental monitoring programme – Copernicus – was Airbus Defence and Space, based in Stevenage, Hertfordshire.

One of the first images shows nitrogen dioxide over parts of the Netherlands, the Ruhr area in western Germany, the Po Valley in Italy and parts of Spain.

Another of the first images from Sentinel-5 Precursor shows ash and smoke from the Mount Agung volcanic eruption on Bali, Indonesia, on 27 November. As well as detecting different air pollutants, the mission also measures aerosols.

Science Minister, Jo Johnson, said: “After only a few weeks in orbit, this UK-built satellite is delivering real results, shining a light on air quality and demonstrating the important role of the UK’s space sector in tackling global challenges.

“Our Industrial Strategy, published earlier this week, sets out a bold vision for the UK to become the world’s most innovative nation and highlights our commitment to work with industry to capture 10% of the global space market by 2030.”

Sentinel-5 Precursor is the sixth Copernicus Sentinel satellite. It carries the most advanced multispectral imaging spectrometer to date: Tropomi, developed by Airbus DS Netherlands for the European Space Agency (ESA) and the Netherlands Space Office.

Sentinel-5 Precursor is the sixth Copernicus Sentinel satellite. It carries the most advanced multispectral imaging spectrometer to date, according to the UK Space Agency, which includes Tropomi, developed by Airbus DS Netherlands for the European Space Agency (ESA) and the Netherlands Space Office.