The report, which was compiled by the consultancy firm Bureau Veritas, has suggested that overall NO2 emissions have declined across the borough, although some individual diffusion tubes showed a slight increase. 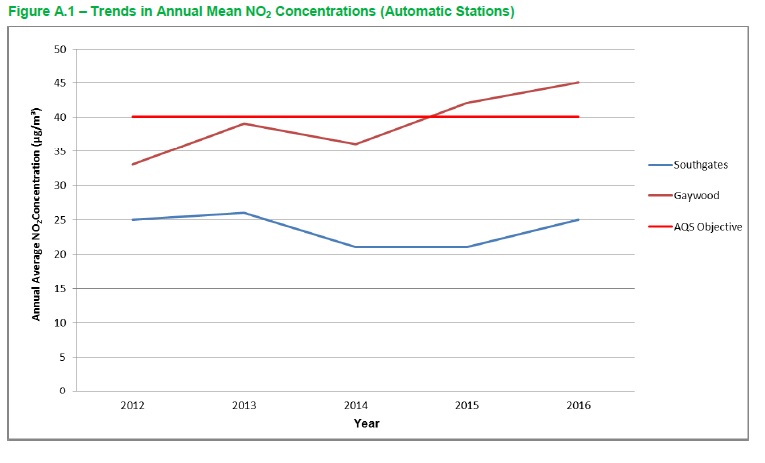 Only one diffusion tube at Railway Road exceeded the NO2 annual mean objective of 40 µgm, the council reported. Initially the council’s Gaywood Automatic Monitoring station had also been recorded as coming in over the 40 µgm limit, however after the distance of the readings was corrected, NO2 concentrations came in below the legal limit.

According to the report, the main source of NO2 in the borough is from road traffic emissions, in particular at Gaywood Clock junction and in King’s Lynn town centre. Other pollution sources, including commercial, industrial and domestic sources also contribute to background NO2 concentrations.

Two Air Quality Management Areas (AQMAs) have been declared in King’s Lynn – although the report states that these are now under review as a result of improvements in the borough’s air quality. 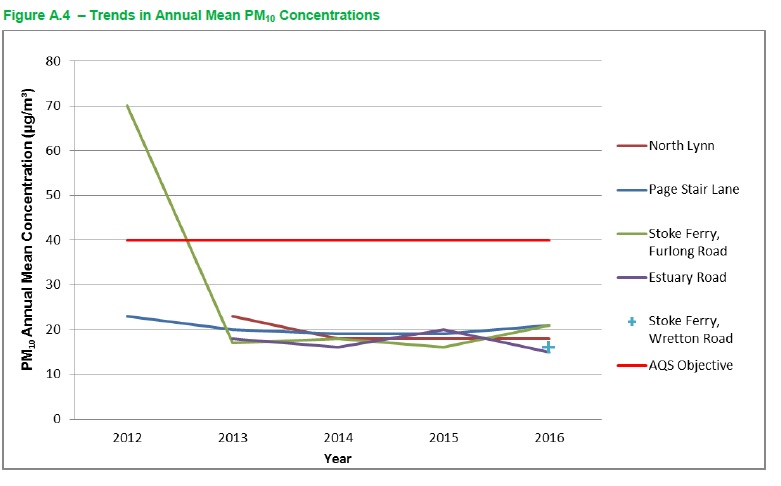 For particulate (PM10) emissions, the main sources of concentrations have been identified as industrial processes.

Monitoring is carried out in the North Lynn area of King’s Lynn and the village of Stoke Ferry. Concentrations in these areas have remained below the annual mean and 24-hour mean air quality objectives for PM10 since 2013, the council has said.