London’s long-term transport strategy has been approved this week, setting forward a series of policies and measures aimed at driving improvements in air quality in the capital.

The Strategy, which has been spearheaded by the Mayor of London, Sadiq Khan, and the Deputy Mayor for Transport, Val Shawcross, outlines the long term vision for transport in the city, including a core aim to achieve zero emissions across all forms of transport by 2050. Within the strategy, the Mayor commits to action to reduce emissions – particularly diesel emissions – from vehicles on London’s streets to support compliance with EU air quality limits.

The strategy states: “Road traffic is often the greatest contributor to poor air quality in places where people live and work. Diesel is the most significant source of nitrogen oxides (NOx) emissions, which contribute to illegal levels of NO2.

“The reason for this is partly because of the underperformance of some diesel vehicle emission standards over time, with significant discrepancies between official emission measurements and real-world vehicle performance in urban environments.

“London does not meet legal NO2 limits, and the Mayor is committed to taking urgent action.”

Air Quality policies in the Mayor’s 2018 Transport Strategy include:

Some of the work on measures set out within the strategy has already been set in motion – including plans to implement the Ultra Low Emission Zone in central London from next year and action to tackle emissions from the capital’s bus fleet.

But, going forward the strategy also commits to a timeline for phasing out diesel and petrol vehicles from the Greater London Authority’s own fleet of vehicles.

Elsewhere City Hall has also outlined its ambition to investigate the extent and impact of particulate matter on the London Underground network. According to the Mayor’s strategy, much of this is caused by wheel and brake wear and could be mitigated by the increasing use of electric braking systems and regular cleaning on the network. 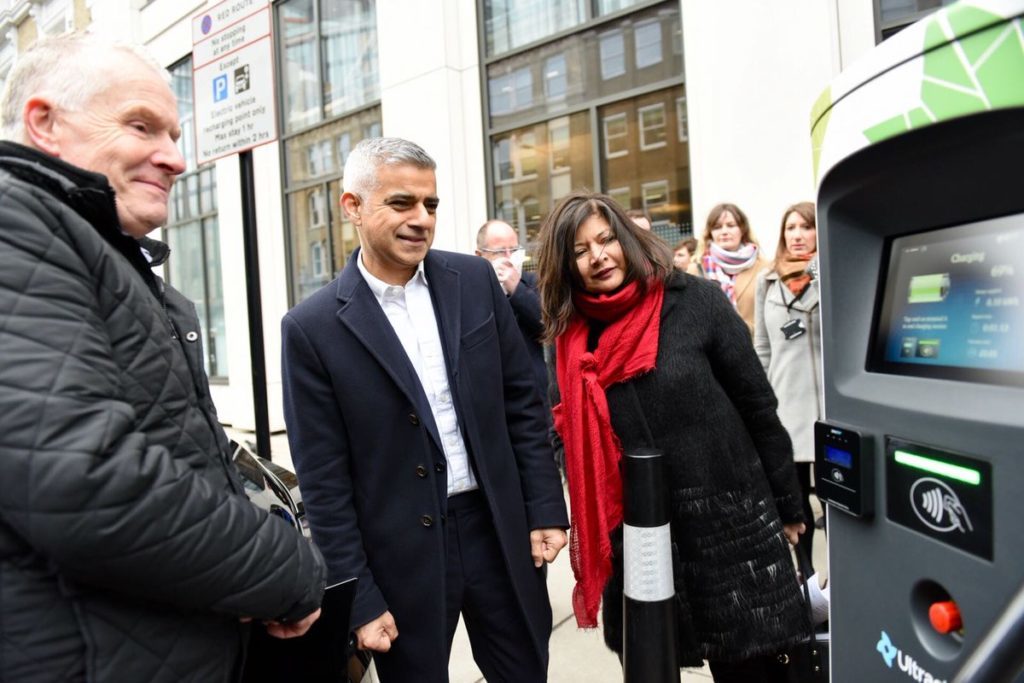 However, the document adds: “There is no room for complacency on this matter, however, particularly as the understanding of the effects of air quality on health develops. The Mayor will ensure that TfL undertakes further dedicated research into the risks posed to customers and staff by the Tube’s air quality, and will take action in response to any new issues, supported by robust and compelling evidence.”

The GLA will also seek to work with government and manufacturers, through TfL, to investigate how particulate matter can be reduced from tyre and brake wear in cars.

Commenting on the strategy, the Mayor said: “I’ve been clear that we need to be bold in how our city operates as London’s population grows, and this means not only investing record amounts in new infrastructure like extensions to the tube, rail and Crossrail 2, but working with boroughs and local communities to reduce our reliance on car use across London.

“With our unprecedented focus on walking, cycling and clean public transport, our ambitious Transport Strategy can act as a crucial driver for new homes and jobs, but also improve quality of life for everyone living in London.”