MEPs have today (19 April) backed proposals to reform the type approval process for new cars, which it is claimed will guarantee that new models on Europe’s roads are ‘clean and safe’.

The new rules will require every EU country to conduct a minimum of at least one check for every 40,000 new motor vehicles registered in that country in the preceding year to ensure that they meet the relevant safety standards as well as those around emissions of air pollutants. 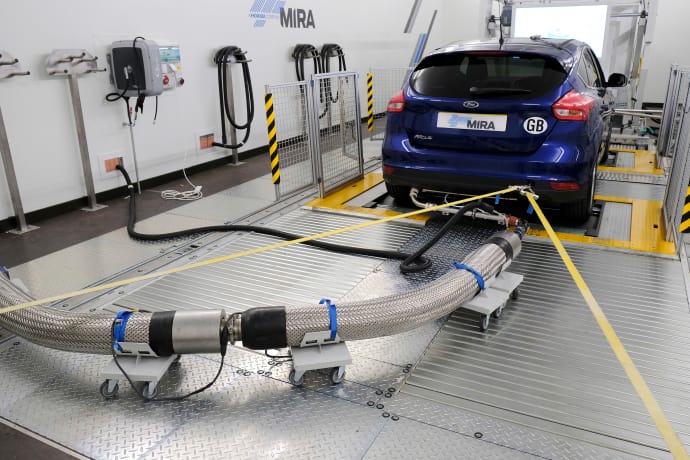 Vehicle emissions testing in a laboratory

Under the regulations, the EU Commission will also be able to carry out tests and inspections of vehicles to verify compliance, to trigger EU-wide recalls and to impose administrative fines on carmakers of up to €30,000 per non-compliant vehicle.

Current EU vehicle type approval rules require member states to check that a car model meets all EU standards before it can be sold on the single market, and must have effective and dissuasive penalties systems in place to deter car manufacturers from breaking the law.

Steered through the European Parliament by the Conservative MEP for the West Midlands, Daniel Dalton, the new regulations have been drawn up to clamp down on car makers who flout standards on emissions.

This came in response to the discovery that some manufacturers had used ‘defeat devices’, principally in diesel cars, to ensure that vehicles pass the type approval tests by creating a false picture of the emissions of nitrogen oxides coming from the tailpipe.

Speaking in the European Parliament today, Mr Dalton said: “This is a strong Europe-wide response to the ‘Dieselgate’ scandal. This legislation will make cars safer and cleaner and, combined with the Real Driving Emissions testing, will ensure that a future ‘Dieselgate’ can’t happen again.

“It delivers for car owners, for the environment and for manufacturers, with standards fairly applied and appropriately applied across the board.”

In the UK, the government has proposed to place tough sanctions on manufacturers and suppliers of defeat devices (see air qualitynews.com story).