Emissions of particulate matter from energy from waste incinerators may be going unreported despite being over legal thresholds, a campaign group has claimed.

The accusation was made by the UK Without Incineration Network (UKWIN) pressure group, which unveiled a report in the House of Lords today with the support of MPs from Labour and the Conservatives as well as a Lib Dem lord. 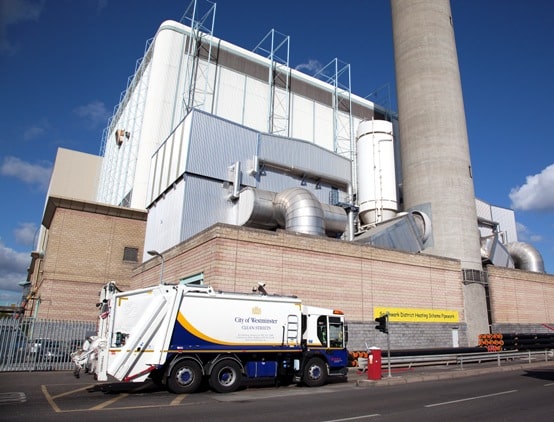 UKWIN says that as a result of this, smaller PM10, PM 2.5 and PM1 emissions are not measured and may exceed legally permitted limits, and could therefore be posing a danger to the wider public.

According to UKWIN, resources minister Dr Thérèse Coffey has previously stated that there is not commercially available equipment to monitor PM10 emission and below, and this is why TPM is used as the measurement process instead.

“It may sound reasonable to say that there is no equipment to measure PM10 and PM2.5 separately so we can only measure TPM,” the group’s report said.

It added: “[this is] until we learn that Defra’s own National Atmospheric Emissions Inventory (NAEI) has said: ‘The vast majority of emissions are very fine, so we [assume that] 100% of PM is of a size less than 2.5…hence TPM emissions = PM10 emissions = PM2.5 emissions’. In other words, smaller PMs can be measured by proxy. The government accepts this is a ‘reasonable conclusion.”

The report was unveiled at the House of Lords earlier today, with cross party support from Phillip Davies, Conservative MP for Shipley, alongside Labour MP for Keighley, John Grogan.

Liberal Democrat peer, Lord Tyler, kicked off the event by emphasising the need for what he described as “greater transparency” around emissions from waste plants.

“We know so little about the topic, and that is the critical issue. None of us know a great deal. Transparency has been a major theme of my political career and it doesn’t seem apparent here,” he explained.

Lord Tyler added: “We need more knowledge, more awareness and more understanding, all of which are extremely important, and I pay tribute to the report and those who have compiled it.”

During the event, Shlomo Dowen, national coordinator of the UKWIN, claimed that despite pledges from Defra that there is a strict monitoring system in place with regards to PM 10s and below, this is not being enforced.

He said: “When it comes to the EA’s enforcement mechanisms, they don’t have unlimited resources, particularly to enforce what is only guidance at this stage.

“The reality is that there is in effect a loophole, as within the reporting guidelines you are expected to report smaller particles if they exceed 1 tonne.”

Mr Dowen added: “As most incinerators don’t exceed the total amount, they are in effect being disincentivised to report anything smaller, because if they are in excess of this they will need to report it.”

Mr Dowen was speaking in response to a question from Conservative MP for Hitchin and Harpenden, Bim Afolami, who attended the event to learn more about incinerators as one is being built developed within his constituency.

Conservative MP Phillip Davies, who has been on record to oppose the Aire Valley incinerator in Bradford, praised the report, and backed its proposal for a moratorium.

“Incinerators are being foisted on local communities’ right across the country and yet the damage that they cause to the local environment is not fully known,” he explained.

MP John Grogan echoed these claims adding that calls for a tax on incineration, which UKWIN called to be set at £50 a tonne, are now growing.

“The case for a tax on waste incineration, to mirror the Landfill Tax, and for a moratorium on new incinerators is now very strong,” he stated

In its report, UKWIN says it applied the Environment Agency’s official guidance to reports published by operators of incinerators with regards to PM emissions.

The findings from the report suggest that in 2017 many incinerators, emitted PM10 and PM2.5 over the reporting threshold of one tonne per year. Thus, all those operators should have reported their emissions according to UKWIN.

Echoing calls from the Green Party yesterday for a moratorium on new incinerators, UKWIN said that there is currently sufficient capacity for incinerators, and said that plans for a further 85 “in the pipeline” should be scrapped.

Along with this, UKWIN also called for the “development and implementation” of systems to measure particulate matter released from incinerators, stricter control of PM1 measures and also a tax on all waste sent to incinerators.