Investment in hydrogen trains is a vital part of the process to improve air quality, according to a new report by the Institution of Mechanical Engineers.

Hydrogen can be used as an alternative for fossil fuels as it produces water as waste emission at the point of use and is seen by some as a clean technology that can help decarbonise the railway industry and reduce emissions.

Around 29% of Britain’s fleet currently run only on diesel fuel which emits large concentrations of particulate matter, known to be damaging to health, particularly at enclosed stations.

Dr Jenifer Baxter, head of engineering at the Institution of Mechanical Engineers, said: ‘The Government has set out plans to phase-out the use of diesel-only trains by 2040 in order to reduce carbon emissions, but less than 50% of the network is electrified and the remaining half is unlikely to ever completely become so, particularly given the cancellation of three schemes in the North, the Midlands and Wales.

‘Creating hydrogen clusters, a collection of businesses associated with the hydrogen industry, around where hydrogen is produced could help local transport systems in the UK’s regions to decarbonise.

‘Trains and buses which operate near industries where hydrogen is produced could use hydrogen as a fuel, as production, storage and refuelling would be nearby, thereby reducing fuel distribution and transport costs.’ 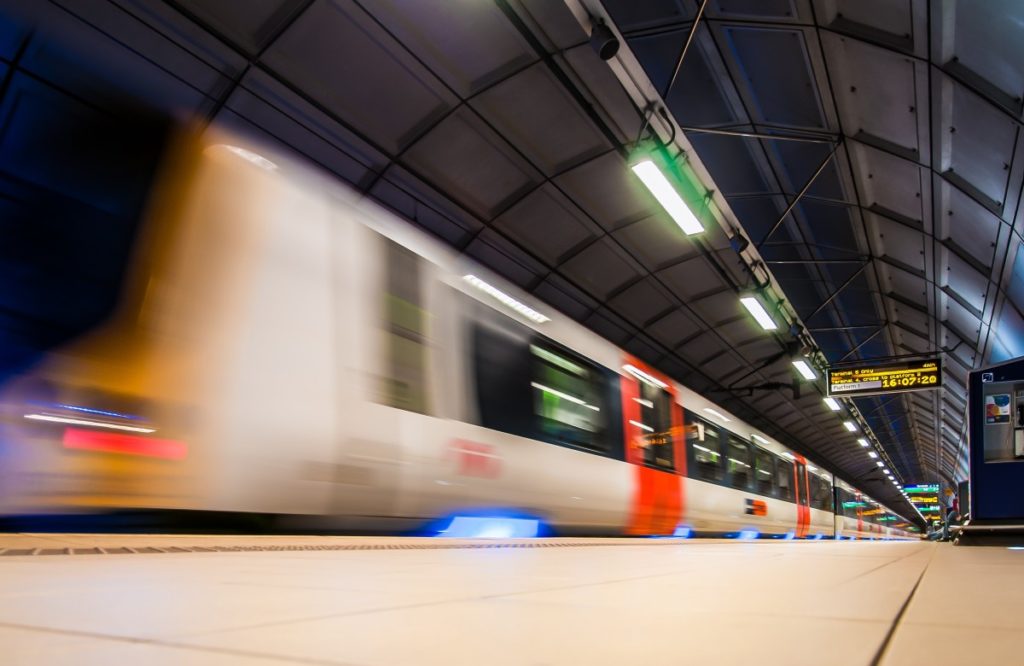 It adds that hydrogen train technology should be developed in industrial areas where hydrogen production already occurs, and can support the wider transport system such as in the North West and North East.

The report calls on the government to rethink the cancellation of electrification programmes and move forward with a more ‘innovative’ and long-term approach to rail that factors in hydrogen.

Last week Transport for the North set out draft proposals for northern infrastructure for the next 30 years. The £70bn pipeline looks to better connect the whole of the North, and includes plans for new lines between Leeds and Manchester via Bradford.

Last month an Alstom and Eversholt Rail joint venture revealed concept designs and plans to convert Class 321 rolling stock into hydrogen-powered trains, which they believe could be operational as a soon as 2021.

Codenamed ‘Breeze’ the new trains would be converted Class 321 units, some of the UK’s most reliable rolling stock.

‘Hydrogen train technology is an exciting innovation which has the potential to transform our railway, making journeys cleaner and greener by cutting CO2 emissions even further,’ he said.

‘We are working with industry to establish how hydrogen trains can play an important part in the future, delivering better services on rural and inter-urban routes.’