Greater Manchester has unveiled its plans for a Clean Air Zone (CAZ) in a bid to cut dangerous levels of pollutants in the city region’s air.

Under proposals set to be put to the Greater Manchester Combined Authority (GMCA) this Friday, the new CAZ, set to be introduced from 2021, will charge high-polluting HGVs, buses, taxis and vans for driving around the city region if they don’t comply with NO2 emissions standards.

The scheme, which will cover all 10 of Greater Manchester’s local authorities, will ask non-compliant buses and lorries to pay £100 a day, while taxis and vans would be charged £7.50 each day.

The scheme comes as part of the outline business case for Greater Manchester’s Clean Air Plan, which looks to significantly reduce NO2 emissions from road vehicles around the contribution.

The city region’s Mayor Andy Burnham will ask Greater Manchester leaders to endorse the plan when the report comes before the GMCA this Friday.

‘Our proposals offer a balanced approach to addressing this very serious problem while taking potential social and economic impacts into account.’ 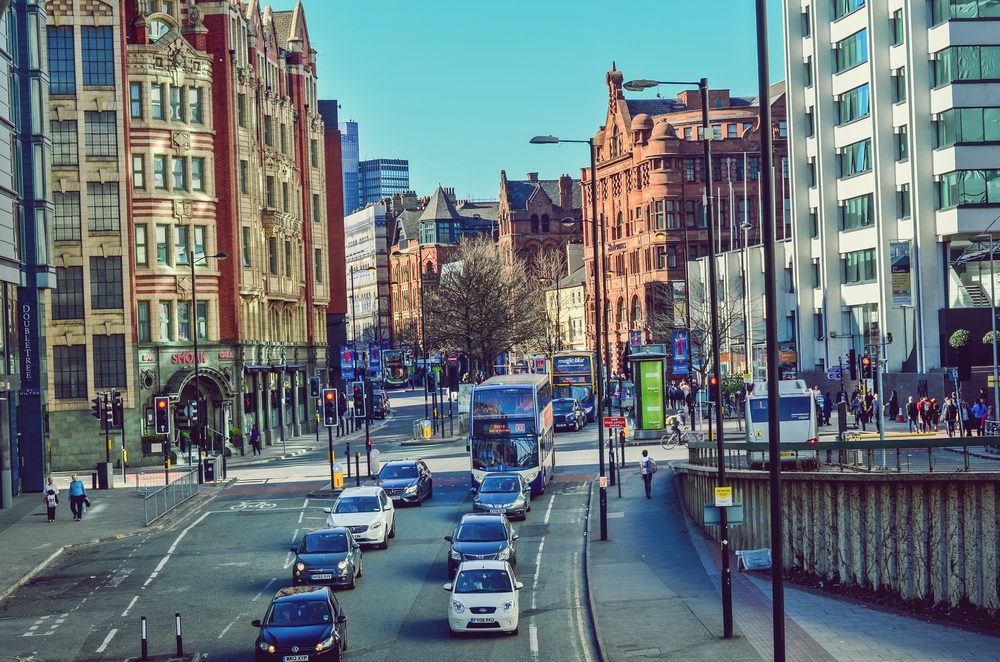 It has now been confirmed that the new CAZ will controversially not apply to private cars after the authority claimed it would not reduce air pollution any quicker and would negatively impact more deprived communities unable to afford to upgrade their vehicles.

The move was criticised by Friends of the Earth Manchester this morning, with a spokesperson telling Air Quality News that they don’t understand why the combined authority is not charging private cars to enter these scheme as they are a ‘major part of the problem’.

‘It seems to fly in the face of reasonable thought,’ they added.

Mayor of Greater Manchester, Andy Burnham, said: ‘This is not a congestion charge by the front door or back door. Instead, this is a balanced package of measures to clean up our air without punishing businesses or deprived communities.

‘But we need government to guarantee the right level funding to help us tackle the scale of the problem without damaging our local economies. That includes adequate financial support so we can help businesses make the change to cleaner vehicles.

‘Without this backing we won’t be able to do what’s required to drastically improve our air quality.’

The GMCA will decide whether to approve the outline business case for the proposals this Friday before they are submitted to government at the end of next month.

The combined authority plans to develop its final business case for the plan by the end of this year after further consultation is completed.