In a wide-ranging speech at Kew Gardens this afternoon (July 16), Mr Gove said the UK has ‘failed to properly live up to our obligations to improve air quality,’ adding that government must be ‘pace-setters and not laggards’ regarding air quality after it leaves the European Union.

‘We have got to ensure our Environment Bill includes a legally binding commitment on particulate matter so that no part of the country exceeds the levels recommended by the WHO,’ he said.

Moving to WHO limits would be an ambitious move as many UK cities are already struggling to meet the softer EU particulate matter targets, with city leaders from across the UK consistently putting pressure on Defra to better fund their attempts to improve air quality.

Currently, the WHO says a safer annual mean limit for PM2.5 is 10 μg/m3, whereas the EU recommends a level of more than double at 25μg/m3.

The WHO believes that this lower limit for PM2.5 could reduce pollution-related deaths by around 15%.

Mr Gove also said as well as setting tougher targets for air quality the government must improve the framework for local authorities who he says have ‘lacked the necessary powers’ to deliver cleaner air. 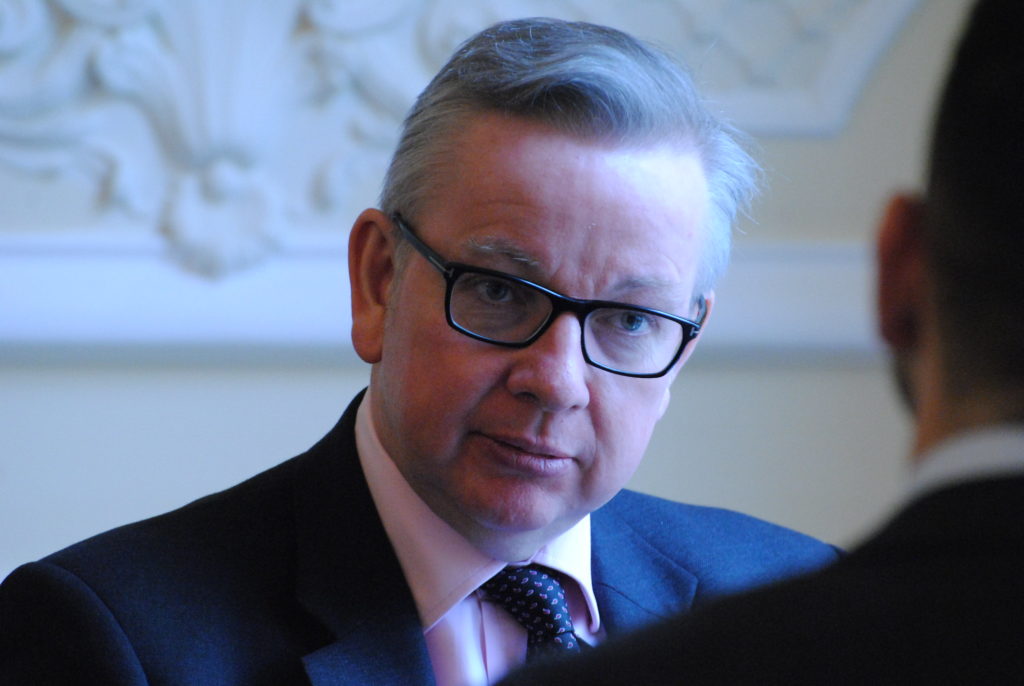 The Minister has previously said the upcoming Environment Bill, which was expected in Spring, will give councils increased powers to issue fines for idling vehicles.

‘And because we know that air pollution has a disproportionate impact on more disadvantaged members of society, we have to ensure when public bodies draw up their plans to achieve air quality targets, pay particular attention to the condition of vulnerable groups.

‘So we have to update our National Air Quality Strategy to specify that obligation for local authorities to take additional action to protect children and the elderly,’ he said.

Mr Gove also said the economic cost of air pollution ‘has got to change’, naming workdays lost to illness and higher demand for NHS services as symptoms of poor air quality.

Several organisations have responded positively to the speech.

ClientEarth’s head of public affairs and campaigning Simon Alcock said the commitment to WHO PM limits was a ‘hugely welcome announcement.’

‘They ensure the government can be held to account. It is crucial that targets on fine particle pollution are met by 2030 and not kicked into the long grass. And this commitment will mean nothing if the next government fails to enshrine these targets into law.’

Martin Tett, environment spokesman for the Local Government Association (LGA), said they ‘support the government’s ambition’, and Dr Penny Woods, Chief Executive of the British Lung Foundation, said they were ‘very reassured’ the Environment Bill will include the WHO commitment.

‘But what’s really crucial is that the next Prime Minister also recognises the urgency of this Bill and how vital WHO limits are,’ she said.

‘Without strong leadership and government backing we risk this once-in-a-generation chance to clean up the UK’s air slipping away.’