Buried away on the Department for Transport’s website is the latest set of National Travel Survey statistics, released last week.

If you want to read mildly interesting Excel spreadsheets about the times of the day people begin a journey, or how many trips were made on the way to playing a sport, it’s all there.

But the stat that stood out most to me was the annual mileage for drivers of petrol vehicles over each of the past five years — which has remained stagnant.

At AirQualityNews we’ve reported many of the government’s recent announcements into how they spend millions on walking lanes, cycling routes or bus upgrades, often accompanied by a minister boasting of record investments into tackling air pollution, improving public health and helping people choose other options than the car.

Indeed, when I asked a DfT spokesperson to respond to this piece, they said: ‘We’re also helping more people choose cleaner, greener forms of transport by investing around £2bn in active travel over the course of this Parliament.’

But for every £25m the government has spent retrofitting buses with cleaner technology, which will undoubtedly improve the quality of air on the routes they run, from Northumberland to Newquay local authorities have been forced to slash subsidies for bus routes.

It’s resulted in over 60% of local authorities in England seeing a decrease in bus use since 2010.

Many rural communities have now been left with no choice but to cling to the car — and it’s not just rural areas that have suffered.

Anyone who has had to endure the erratic bus services in my home city of Leeds will quickly decide to drive to work unless they want to get a verbal warning from their employer for lateness.

And I don’t need to mention much more than ‘the trains’ to conjure up images of stranded passengers, overcrowded trains and angry social media posts. 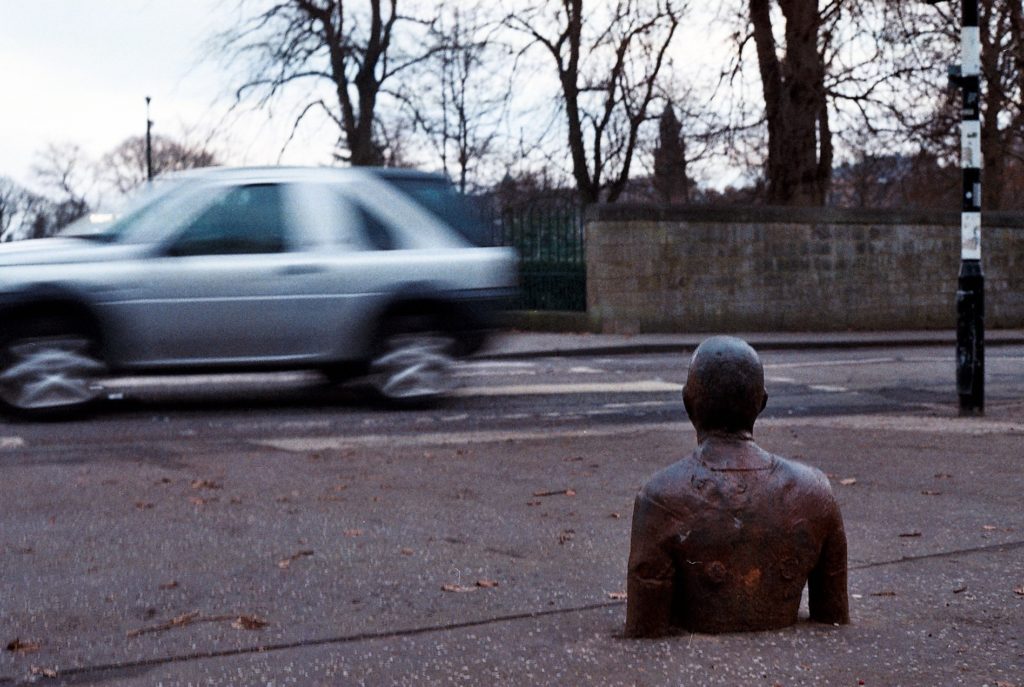 Petrolheads will argue that driving a car is a freedom so innate within us that it probably ranks somewhere between eating or breathing in terms of importance to the human race — but 100 years ago, the first car had only just been patented by Karl Benz.

So is the uncomfortable truth that many of us are just lazy?

I’m ashamed to admit I’ve driven to the gym when I could walk it in ten minutes.

I’ve earnt the drive and my joints will be too tired to walk, I rather pathetically tell myself as I stick the key into the ignition.

Another excuse is that 21st-century life is busier than years before — and having a car helps us tick along just that bit quicker — but millions manage it in the Netherlands, who just so happen to have a world-class cycling and public transport infrastructure.

Discussing the figures with Rachel White, head of public affairs at Sustrans, she said that people want to travel more sustainably but the UK just doesn’t have the right infrastructure in place for them to do much about it.

It’s an aspiration that many of us share — but do the government?

When I met Dr Gary Fuller of King’s College London earlier this year he told me that the car was the symbol of the 20th century, optimistically adding that he hopes the bicycle will come to symbolise the 21st.

However, at the current snail’s pace, the car, albeit an electric or fuel cell version, looks like it could well be king well into the 22nd century.