Two of London’s bus routes will become exclusively electric, as the capital’s electric bus fleet becomes the largest in Europe.

Routes 43, which runs from Friern Barnet to London Bridge Station; and Route 134, which runs from North Finchley bus station to Tottenham Court Road, will become the UK’s first bus routes to use only electric double-deck buses from this autumn.

London currently has more than 200 electric buses, making it Europe’s largest electric bus fleet, and this will grow next year as Transport for London (TfL) has awarded contracts to operators for a further 78 electric double-deck buses.

The Mayor also confirmed that Low Emission Bus Zones (LEBZs)at Chiswick High Road and Uxbridge Road have now been completed, which means that TfL has delivered all 12 LEBZs earlier than planned – the Mayor’s previous target was 2020. 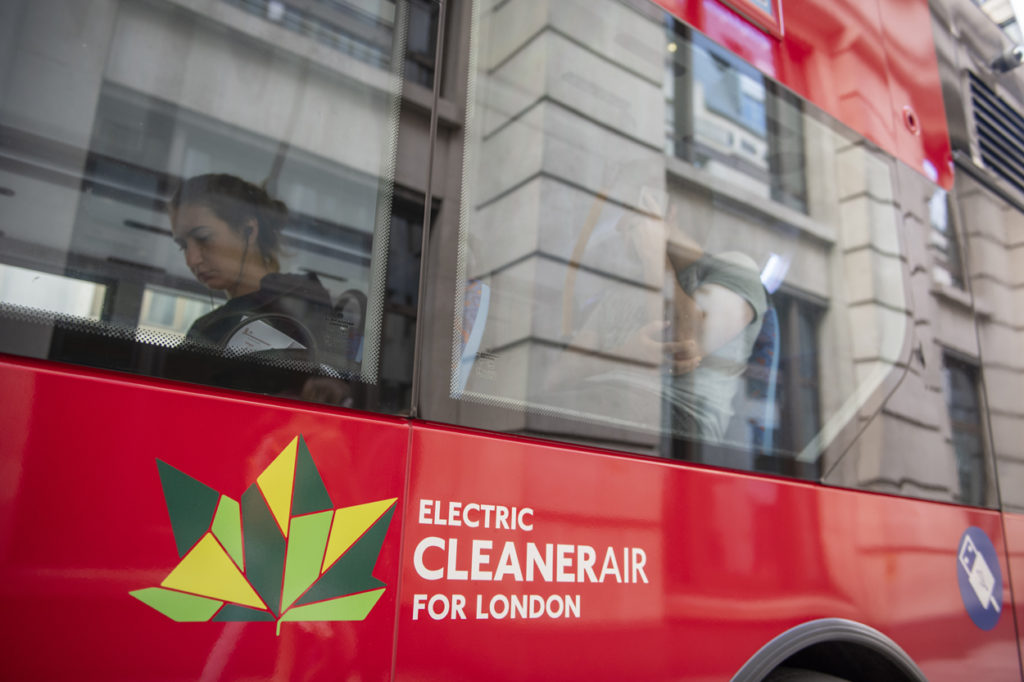 City Hall says the new zones mean Londoners who were exposed to some of the highest levels of NOx pollution are now benefiting from an average 90% drop in bus-related NOx emissions.

The Mayor of London Sadiq Khan said: ‘London’s toxic air is a shameful health crisis which is causing premature deaths and stunting the growth of children’s lungs. Today, as part of our work to tackle the harmful emissions we breathe and to help tackle the climate emergency, I am proud to announce the first two routes which will exclusively use electric double deck buses.

‘I am also pleased to announce that we have now delivered all 12 of the Low Emission Bus Zones I promised in my manifesto, much sooner than the planned delivery date of 2020.

‘City Hall are doing everything in our power to improve our air, but with half of the UK’s roads which exceed legal limits located in London, the Government urgently needs to step up and introduce the legislation and funding required to tackle this problem once and for all.’