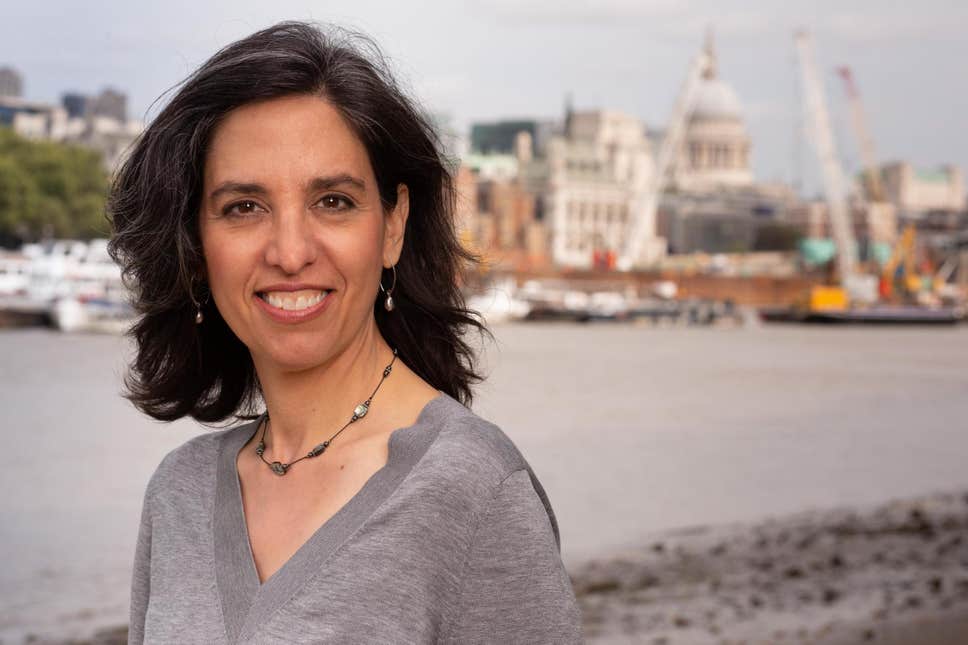 Beth Gardiner is an environment journalist who has reported on air pollution for National Geographic, New York Times and the Guardian.

Earlier this year she released the book, Choked: The Age of Air Pollution and the Fight For A Cleaner Future, a meticulously researched and globe-trotting exploration of air pollution in the 21st century.

Last week she spoke to AirQualityNews on the phone about taking pollution from woodburning seriously, why President Trump might be ushering in an era of ‘air pollution denial’, and reasons to be positive.

How did your view of air pollution change when researching and writing the book?

I’ve been in London for 19 years and the pollution has always bothered me. I hated the smell and would get headaches on the street.

Around the time of the 2012 Olympics, I did a story about air quality and how it affected the athletes. That was the first time I sat down and did some reading on the science and how it affects people.

It really shocked me and the science is really disturbing. Not just the scale of the health impacts but the variety. It’s linked to Alzheimers, premature births and things I’d never imagined.

My understanding also changed the with European ‘dieselgate’ mess and how that came to pass.

Everyone talks about the decisions in the Blair years to incentivise the purchase of diesel vehicles. I came to realise that was only part of the story. The more important piece was the cheating of the car companies, and the failure of the government to enforce the regulations. That was where my perspective as an American came in.

I began to understand the role of the Environmental Protection Agency (EPA) in the United States. They’ve not been perfect but have been a pretty effective enforcer of environmental regulations, and there’s no equivalent in Europe.

My understanding of woodburning also changed. It took me three quarters of reporting through this book before I took wood seriously!

Like so many people, we really think of wood as natural and good. Who doesn’t love the smell of wood smoke? Whereas coal I was predisposed to believe it was a pernicious and toxic thing.

A few days ago I was listening to a scientist talk about biomass as a climate-friendly solution for home heating. I found it really frustrating that someone in the scientific community isn’t aware of how damaging it is.

Were there any universal themes you noticed from country to country regarding air pollution?

Almost everywhere I went, I saw that air pollution tracks the biggest fractures in our societies, especially racial divides and economic inequality.

While dirty air affects anyone who breathes it, communities of colour and poorer people suffer more exposure and therefore more harm.

Of course, those with less money to spend on housing very often end up living near busy roads or polluting ports, factories and power plants. Racism and the legacy of discrimination mean it is often easier to site polluting facilities in minority communities.

In the United States, for example, middle-class African-Americans earning as much as $60,000 a year live in neighbourhoods that are more polluted than white households with incomes below $10,000, as Harriet Washington discusses in her important new book A Terrible Thing to Waste: Environmental Racism and Its Assault on the American Mind.

The second common theme I found is that the thing that consistently delivers cleaner air is regulation, grounded in science and backed by effective enforcement.

None of us as individuals can change what is in the air we breathe, or force polluting companies to clean up. Only our governments have that power. Where they have exercised it consistently and well, air has got cleaner and people have grown healthier.

Cases in point are Britain’s 1956 Clean Air Act pushing much coal-burning out of cities, America’s very powerful 1970 Clean Air Act and the Chinese government’s recent efforts, which have delivered a 60% reduction in Beijing’s particulate levels since 2010.

How is President Trump affecting air quality progress in the US?

The Trump administration is aggressively unravelling the regulations that have delivered America’s progress on clean air in recent decades.

We know that easing rules and allowing polluters to emit more leads to dirtier air, and the science is very clear about what that means: more illness and more death.

The administration has also been undermining the enforcement capacity of the EPA where there has been a huge brain drain, with experts leaving because they are disheartened by the agency’s failure to carry out its mission of protecting Americans’ health and the environment.

The EPA has been effective over the years at turning rules on paper into reality on the ground, and delivering healthier air across the country. Its successes are why the US has significantly cleaner air than Europe (including Britain), where polluters have exploited weak enforcement and authorities have allowed them to get away with it.

Volkswagen, of course, is the case in point. For years, it has sold cars whose nitrogen dioxide emissions are many times over the legal limit, and while VW was forced to spend billions recalling and upgrading cheating diesels in the US, Europe has allowed the company to get away with cheaper, ineffective software tweaks. It’s a cautionary tale for America as Trump guts the EPA.

But even more radical, and perhaps more consequential, than those changes is the administration’s assault on the science of air pollution.

Science has been the strongest pillar of both the EPA and the US Clean Air Act. Trump’s team is aggressively seeking to cast doubt on rock-solid research such as the widely accepted finding that tiny pollution particles are strongly linked to premature death.

And they are weaponising the language of science to do so: rewriting cost-benefit formulas to make pollution rules appear less worthwhile, using spurious claims about ‘transparency’ to push the most respected studies out of consideration, and kicking scientists off the scientific panels that have long advised EPA decision-makers.

We have grown familiar with the phenomenon of climate denial, but in Trump’s Washington, we are now also seeing ‘air pollution denial’ as well.

How symbolic was it that General Motors went bankrupt during the financial crash and other companies like Ford nearly did? What has America learnt since then and has the average American’s relationship with the car, capitalism and the environment changed?

American car manufacturers have continued to move the market toward larger and larger vehicles, particularly SUVs and pickup trucks. Ford now plans to stop sales of nearly all its cars in the US, shifting almost entirely to SUVs and trucks. And car (or rather, SUV) culture is going strong, largely because of the sprawl that characterises much of the American landscape, making cars a necessity almost everywhere.

High housing costs mean Americans are commuting farther than ever, and the number of miles travelled annually by the average American continues to increase.

In terms of localised, health-damaging air pollution, American cars are 99% cleaner than they were 50 years ago (and significantly cleaner than European ones), thanks to decades of strong regulation.

What reasons did you find to be positive?

What I learned in researching this book is that air pollution is not an impossible problem. We know how to fix it, and when we take the necessary steps, air gets cleaner.

An important thing to understand is that even incremental improvements in air quality translate directly, and almost immediately, into lives saved and health spared. That is a powerful incentive for action. I also think the overlap between air pollution and climate change provides another reason for optimism.

Both of these crises are symptoms of the same underlying problem: fossil fuels, the dirty foundation we’ve built our modern world on. That means the thing we need to do anyway to stabilise the climate — ending our dependence on fossil fuels — will also make people healthier right now. 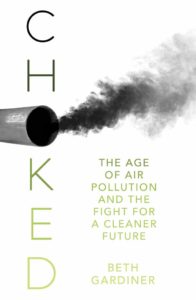 Choked: The Age of Air Pollution and the Fight For A Cleaner Future is available to buy here.