The installation is the brainchild of Dutch inventor Daan Roosegaarde, who has created several innovations to improve urban air quality, including the Smog Free Bicycle, which has a device on its handlebars that sucks up air pollutants and releases clean air.

South Korea’s Public Art Project (APAP) invited Roosegaarde to build a Smog Free Tower which they hope will become an iconic landmark in the park.

The 7-meter tall tower uses technology to produce smog-free air in public spaces and can clean 30,000 ug/m3 of air per hour and uses only a small amount of green electricity.

Roosegaarde then designed the Smog Free Ring which is made from compressed smog particles and costs €2000.

Recent Smog Free Project campaigns have been launched in China, the Netherlands and Poland. 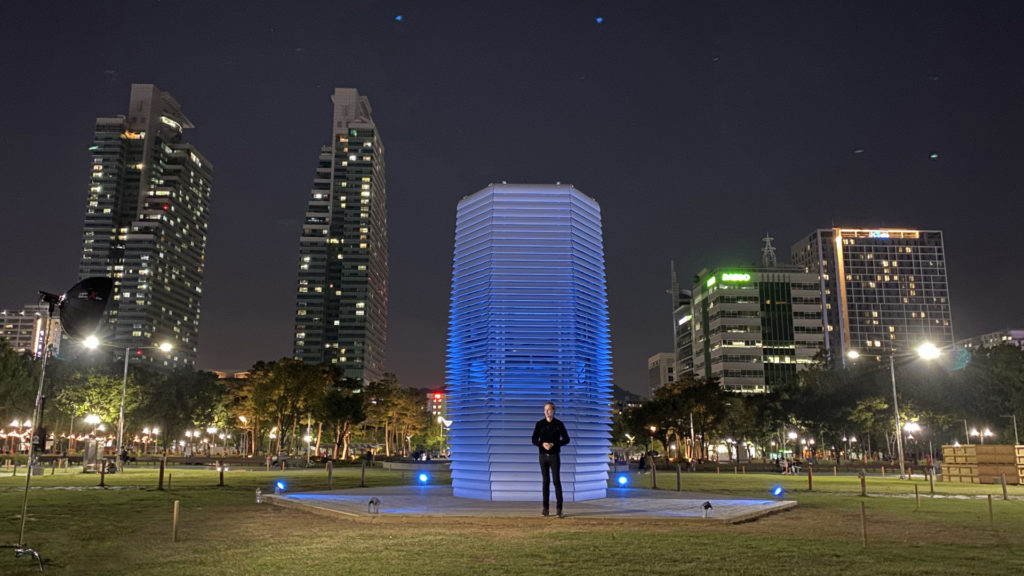 Daan Roosegaarde: ‘True beauty is not a Louis Vuitton bag or a Ferrari, but clean air and clean energy.’

Air pollution has become a major political topic in South Korea this year, and according to the National Institute of Environmental Research, seven major cities have had record-high levels of fine particulate matter (PM2.5) pollution during 2019.