Scientists have developed a new process to convert nitrogen dioxide (NO2) into an industrial chemical using only water and air.

University of Manchester researchers have developed a metal-organic framework (MOF) material that can capture NO2 and then convert it easily into nitric acid, a multi-million-pound industry with uses including agricultural fertiliser for crops.

MOFs are tiny three-dimensional structures which are porous and can trap gasses inside, acting like cages.

The internal empty spaces in MOFs can be vast for their size, just one gram of material can have a surface area equivalent to a football pitch.

The scientists believe the technology could lead to air pollution control and help remedy the negative impact NO2 has on the environment.

As reported in Nature Chemistry, the material, named MFM-520, can capture NO2 at ambient pressures and temperatures, even at low concentrations and during flow, in the presence of moisture, sulfur dioxide and carbon dioxide. 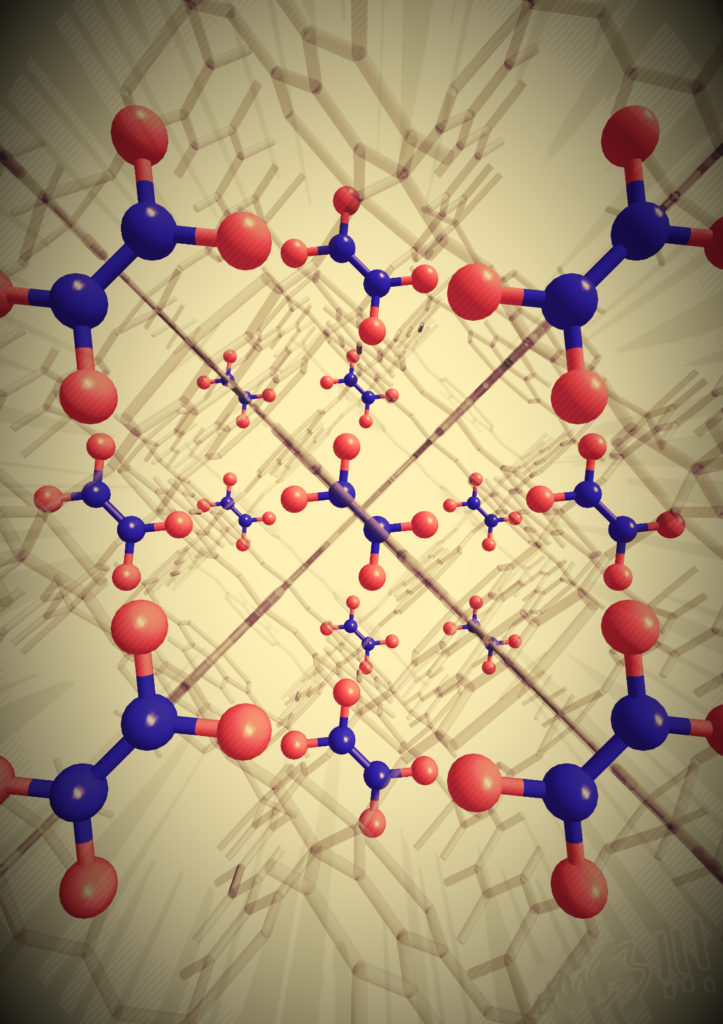 According to the scientists involved in the research, capturing toxic gases from the atmosphere was a challenge because of their relatively low concentrations and because water in the air competes and can often affect negatively the separation of targeted gas molecules from other gases.

Another issue was finding a practical way to filter out and convert captured gases into useful, value-added products. Scientists say the new material offers solutions to many of these challenges.

Professor Martin Schröder, Dean of the Faculty of Science and Engineering at The University of Manchester, said: ‘The global market for nitric acid in 2016 was USD $2.5 billion, so there is a lot of potential for manufacturers of this MOF technology to recoup their costs and profit from the resulting nitric acid production. Especially since the only additives required are water and air.’

Jiangnan Li, the first author and a PhD student at The University of Manchester added: ‘The characterisation of the mechanism responsible for the high, rapid uptake of NO2 will inform future designs of improved materials to capture air pollutants.’

Photo Credit – The University of Manchester.