New guidance has been launched for teachers and school staff on how to cut air pollution.

It’s been produced by the British Lung Foundation (BLF) and the National Education Union (NEU) with support from Living Streets, the UK charity behind the National Walk to School campaign.

The BLF, Living Streets and the NEU want to highlight the health issues caused and aggravated by air pollution, especially to children’s young lungs, and provide guidance on the steps that schools can take to protect pupils. 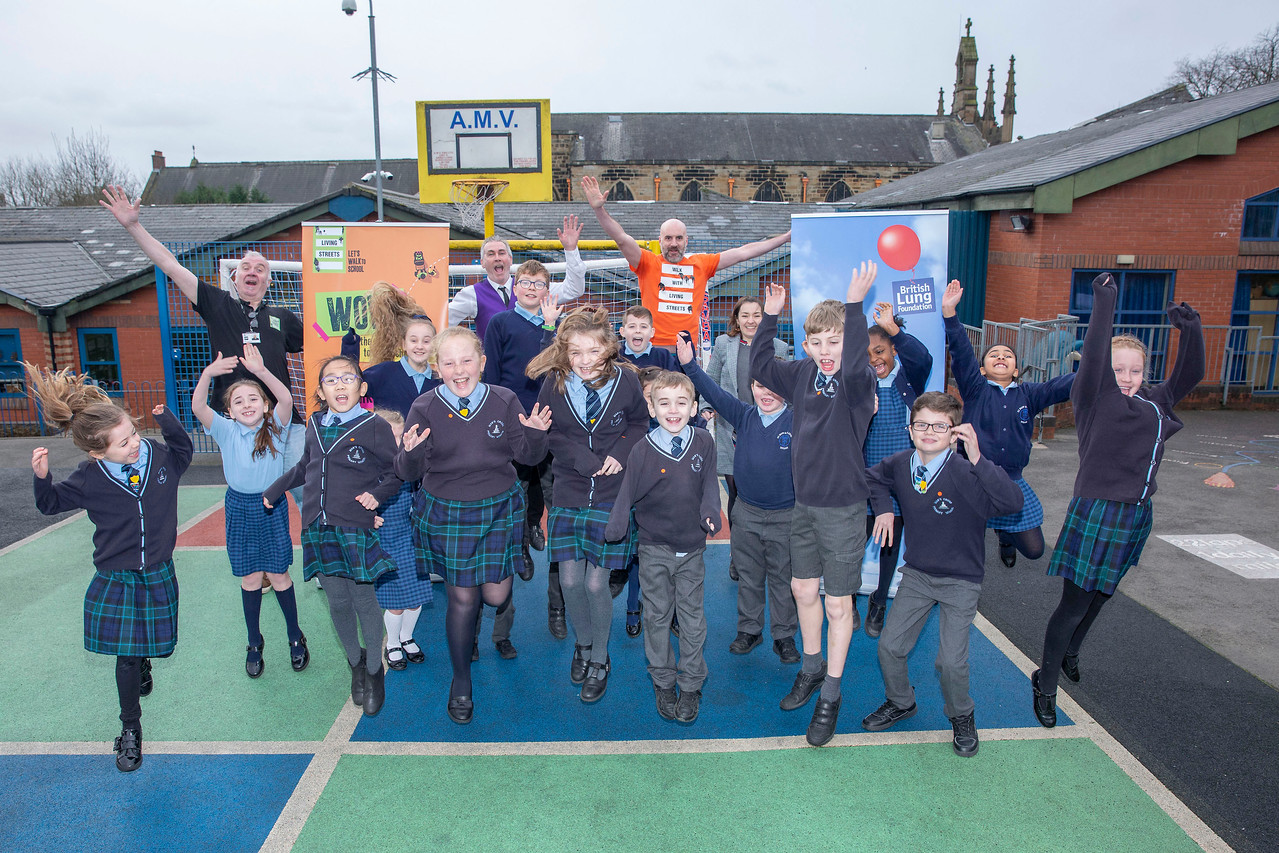 Living Streets also launched an Anti-Idling Toolkit to accompany the air quality guidance. The toolkit has been supported by the BLF and gives practical advice on how people can reduce air pollution in their local area by taking action against idling vehicles.

Launched yesterday (February 10) at St Mary and St John Catholic Primary School in Wigan, the charities led pupils at the school through an assembly about clean air and discussed how walking or cycling to school can reduce air pollution.

Sarah MacFadyen, Head of Policy at the British Lung Foundation said: ‘No child should have to breathe dirty air yet over 2,000 schools and nurseries throughout the UK are located in areas with illegal levels of air pollution.

‘We have created these guidelines, along with our partners, to empower schools to take the necessary steps to reduce the health risks to their pupils and to engage and motivate the local community into taking action that will improve air quality at the school gates.’

Yesterday, Islington Council announced they are the first council in the UK to publish air quality data from every primary and secondary school.

The council started monitoring nitrogen dioxide (NO2) levels outside schools for 2018 and average figures range from around 25µg/m3 to 42µg/m3, with three schools over the legal objective of 40µg/m3. Three more schools are at the very top limit of 40µg/m3.

The latest data is from 2018 and is available to view here.