Engenie has installed its first four rapid EV charge points in Cardiff city centre as part of a wider rollout that will more than double the number of rapid chargers in the city.

Each site is powered by 100% renewable energy and will host two rapid charging points. The first sites to be installed are located on Bute Crescent and Howard Place, with a further two sites to follow shortly after at Windsor Place and King Edward VII Avenue in Spring this year.

The final two sites will follow at strategic locations across the busy city centre. Once complete by mid-2020, there will be 12 chargers across 6 sites.

Each rapid charging point is simple to use, requires no membership or connection fee and operates with standard contactless payment cards. The chargers are compatible with every EV on the market today and provide 80 miles of charge in 30-60 minutes, according to Engenie. Once complete, local EV drivers will benefit from one week of free charging at the new sites.

Recent work by Public Health Wales estimates that the equivalent of over 225 deaths each year – or 5% of all deaths – can be attributed to particulate matter and nitrogen dioxide (NO2) in the Cardiff and Vale Health Board area, with thousands more suffering from long-term illnesses. 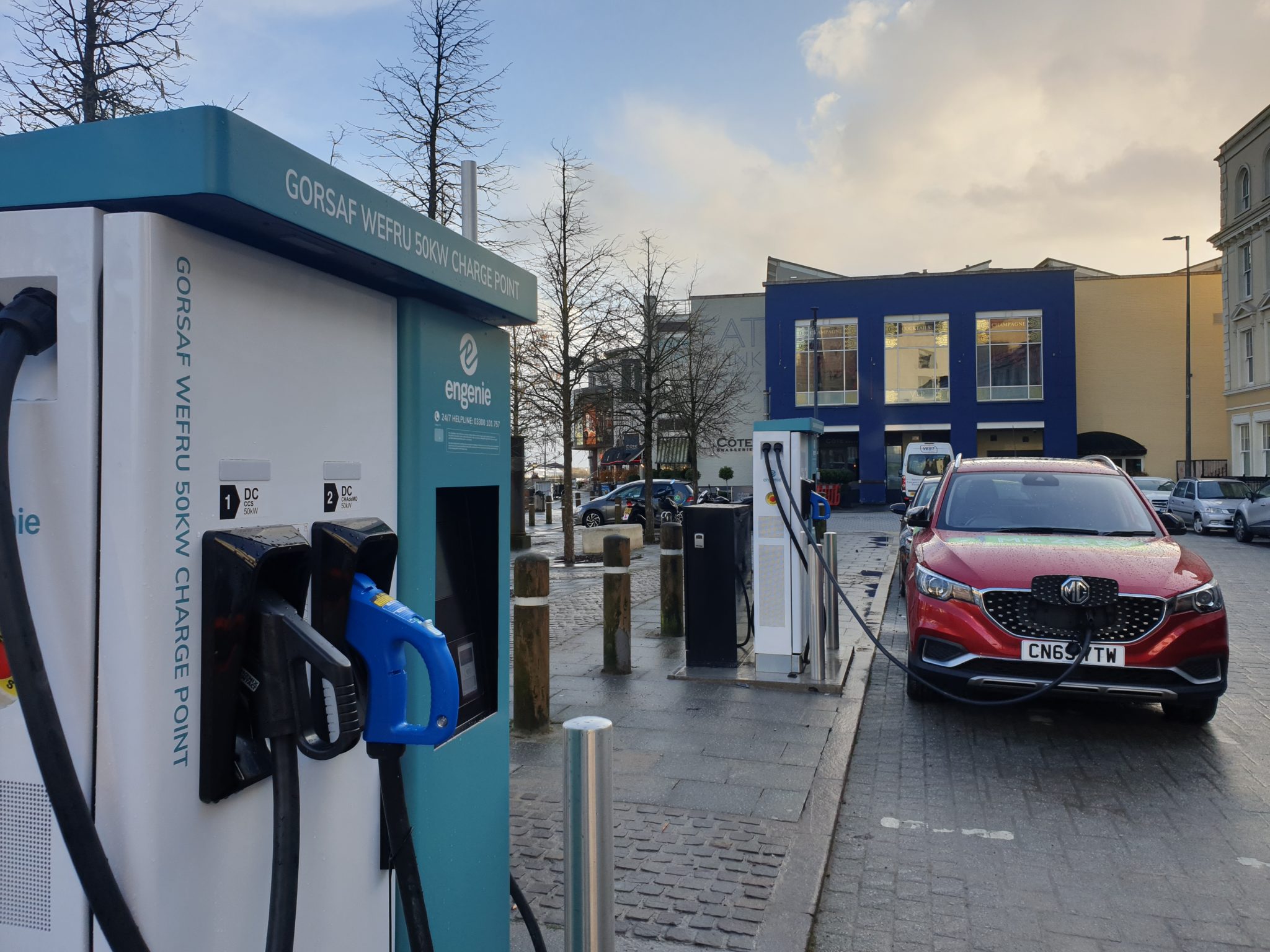 Developing electric car infrastructure is a key focus of Cardiff Council’s recent Green Paper on transport and clean air, which was published in October. ‘Changing how we move around a growing city’ proposes a range of changes to improve the city and start a conversation with the people of Cardiff to shape the future direction of the city.

Patrick Sherriff, property director, Engenie, said: ‘We’re making EV charging a simple and easy process for visitors, businesses and residents of Cardiff by installing the most user-friendly rapid charging points available today. Our partnership with Cardiff council is supporting drivers making the switch to EVs as well as the council’s plan to improve air quality in the city.’

Last month, Cardiff Council was awarded £21m by the Welsh government after it finally accepted the council’s plan to tackle air pollution in the city.

The authority chose not to include a charging Clean Air Zone (CAZ) after an independent survey commissioned to forecast future NO2 pollution levels in the city identified just one street (Castle Street) where EU legal limits are likely to be breached in future years.