Without a foothold in the minerals required to produce EV batteries, the UK automotive industry faces an uncertain future, so could recycling be the answer? Thomas Barrett reports. 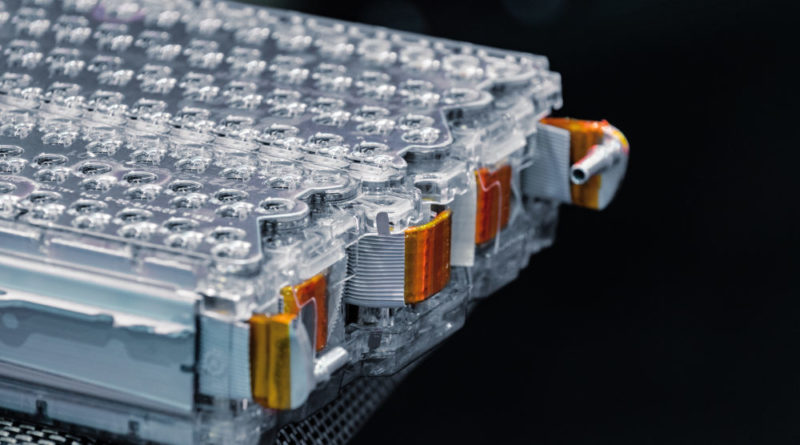 In 1986, China leader Deng Xiaoping approved a research and development program to make the country a global leader in minerals. After aggressively making moves into mineral-rich Africa, Deng famously declared in 1992 that ‘the Middle East has oil and China has rare earths,’ setting into motion the next 100 years of electric vehicles (EVs) – so can the UK ever catch up?

Enough in the crust

To manufacture an EV battery you need as many as 20 minerals, including cobalt, lithium and nickel as well as other rare earth metals. According to Andrew Bloodworth from the British Geological Survey, there’s enough ‘metal in the crust’ to support the battery industry globally.

But from a UK standpoint much of the resources are inconveniently located, and there are other political and non-geographical factors that can hamper production and squeeze supply chains, which are tightly controlled by China. ‘China is a metals superpower’, he told Air Quality News.  ‘They produce a lot and import a lot and are a very powerful force.’

The UK has been an automotive powerhouse for decades, but with the advent of EVs, they now are facing a lot more competition for resources. Jaguar Land Rover has plans to build EV batteries in Wolverhampton, but other companies such as Honda, have mothballed UK plants and have decided to build their EVs on the continent or in Asia.

Part of the problem, says Mr Bloodworth, is the UK has no foothold on the minerals needed to produce a battery and there is currently no indigenous supply of battery raw materials. There are some, such as lithium in Cornwall and cobalt in Alderley Edge, but Mr Bloodworth calls them mineral ‘occurrences’ rather than deposits, and says it’s not enough to sustain a whole EV sector and we’ll have to rely on imports or recycling.

Cobalt, a key component in an EV battery, is largely mined in the Democratic Republic of Congo (DRC), but news reports have regularly exposed shady practices including child labour and criminality. Carmakers have been accused by green groups of ‘turning a blind eye’ to informal mining in favour of protecting their profit margins. But according to Hans Eric Mellin, an expert in circular energy and EV batteries, this narrative is unfair.

‘To say that mining is a particular problem for lithium-ion batteries is wrong,’ he says. ‘More than 60% of Cobalt comes from DRC, of that maybe 5% to 10% is mined “informally”.’

Last year, BMW announced they would only be sourcing lithium and cobalt directly from ethical mines in Morocco and Australia and there are encouraging signs that blockchain technology, which allows the ability to trace every stage of the mining process, could expose the bad practices and lead to them being stamped out for good.

Andrew Bloodworth from the BGS says that the UK car industry needs to be more aware of where the minerals come from, but also where the ‘pinch points’ might be in the system, so they can have mitigation plans and alternative suppliers in case of disruption in the market, with the current coronavirus pandemic being a prime example. ‘The supply chain must prove and be careful where materials come from,’ he says. ‘In a world where trade is relatively free, there’s nothing to fear, the market operates and we have to be aware sometimes there are problems.’

‘A lot of mining companies raise their funds in the City of London. The London Metal Exchange is the biggest trading floor in the whole world and we have a natural advantage, because we’re a big trader. We can understand global trade.’

Thanks to the economy of scale, the price of producing an EV battery has dropped massively over the last decade. Measured in dollars to kilowatt-hours, the price of a battery has fallen by almost $10,000 dollars since 2010 and despite there being very high prices for cobalt and lithium.

Before batteries are sold to manufacturers, the most carbon-intensive part of the whole lifecycle is the production. However, Mr Mellin says this can vary wildly and depends on the location and the mine. In the DRC there is a lot of hydropower, so it’s not as carbon-intensive because it’s using renewables, whereas in other countries in Africa they may still be relying on diesel generators at the mines, which makes a huge difference. ‘Today a battery can be very carbon-efficient, but it can also be the other way around, using coal-powered electricity and a lot of oil and gas used for treatment. It is really important to not generalise,’ says Mr Mellin.

Once out of the ground, the cobalt is shipped to China to be processed and turned into precursor. This is applied together with lithium to make a cathode which is then used to make the battery pack. ‘That’s quite an energy-intensive process, you need a lot of heat to thermally treat it,’ says Mr Mellin.

‘There is also some energy intensity in the aluminium that produces the pack. That depends on whether you are using recycled aluminium or not. Also how the electronics are produced in the pack.’ The battery will then head to manufacturing plants to be put into the vehicle. Usually, an EV battery will outlive the vehicle, and the UK is hopeful that what they lack in rare earth minerals they can capitalise on end of life solutions, including recycling. But in a familiar way, they are playing catch up with – you guessed it – China.

A 2019 University of Birmingham study said the UK has to act now to prevent a ‘mountain of waste’ regarding EV batteries. It’s dramatic imagery, but experts in the report warned it could be the reality unless we get a grip on how to recycle them.

Currently, the UK sells its end-of-life batteries to recyclers in Asia because they have a sophisticated recycling infrastructure. Because the majority of batteries are created in China they need materials, which has given them the incentive to invest in recycling also.

Andrew Bloodworth from the BGS says once the volume of EVs grows and people are driving around in them there is a ‘phenomenal possibility’ to recycle elements. ‘Those metals, in theory, can circulate through the system again and again and again,’ he says.

But he warns the UK will have to change its perspective on waste, which has traditionally been, send it abroad where it can be somebody else’s problem. ‘It’s not simple and requires a big change in the way we think about recycling.’ ‘Real recycling is about recovering materials so we can use them again, but we’ve outsourced much of our production to Asia. That is the main reason why we don’t recycle, because we export it to where it’s needed.’

The current UK government has spoken regularly of building our own EV battery ‘gigafactories’ here. It’s a term coined by Tesla founder Elon Musk that emphasises scale, and many within the industry believe it’s the giant jump required to make the UK a player in the global market. ‘When we start to make cells here then we’ll need materials to go into them, then we’ll do more to keep the batteries here,’ says Mr Bloodworth.

Making batteries in the UK

The Faraday Institution in the UK is hoping to transform the country’s fortunes when it comes to EV battery manufacturing. Backed by the government, they’ve launched a £55bn battery challenge to encourage innovation in the technology, and they are also hoping to make breakthroughs in recycling and end-of-life solutions.

Gavin Harper from Faraday told Air Quality News that recycling is essential for our automotive industry, which has been rocked by Brexit and now the coronavirus crisis.

‘If you haven’t got the ability to recycle you become that much less attractive as a nation overall, compared to places where the supply chain is that much shorter,’ he said. ‘It’s a chicken and egg thing,’ he adds.

‘You need the materials to make the batteries. China has been very forthright in how it’s gained access to all different resources in the world but at the moment the UK doesn’t have a hook into those supply chains.’

The aim of Faraday’s ReLiB project is to recycle close to 100% of the materials from the EV batteries. It’s a significant challenge as at the moment there isn’t a single recycling facility in the UK that can process and recycle batteries all the way to the end.

‘We need to establish some domestic capability to recycle batteries here,’ says Mr Harper. There are companies on the continent that use pyrometallurgy, which is putting the materials under extremely high temperatures to extract the minerals.

But he says the UK needs to move to recycling methods that recover more of the value. ‘Pyrometallurgy is a simple process, but the challenge is in terms of materials value, whilst it recovers high-value stuff like cobalt and nickel and copper some materials, like aluminium, manganese and lithium gets consumed in the process and end up in a slag,’ says Mr Harper.

The Faraday Institution also is pioneering AI and robotic improvements around the methods for taking batteries out of vehicles, which currently is a manual and laborious process.

There are risks around safety and fires. ‘At the moment, we are not prepared for waste down the line,’ says Mr Harper. ‘We think one of the great challenges is that the technology that exists for battery recycling isn’t well suited to the scale of ways that we anticipate.’

‘But there’s every opportunity to get prepared in time so we have the right capabilities.’