John Lewis and Partners have announced plans to open their first biomethane fuel station in December 2020, saving an estimated 70,000 tonnes of CO2 over the next seven years and significantly reducing air pollution.

In March last year, the John Lewis Partnership, that operates the John Lewis department stores and Waitrose supermarkets pledged to de-carbonise their entire 4,800 transport fleet by 2030.

To start this shift the partnership has announced plans to build a dedicated biomethane gas station at the Bracknell Waitrose.

The station will mean that approximately 120 Waitrose heavy goods vehicles will run on biomethane fuel made from food waste rather than diesel.

According to John Lewis, this will reduce CO2 emissions by 80%, with each truck saving over 100 tonnes of CO2 every year. Over the next seven years, the Bracknell site alone will save over 70,000 tonnes of CO2, this is the equivalent to the carbon footprint produced by over 13,000 households. 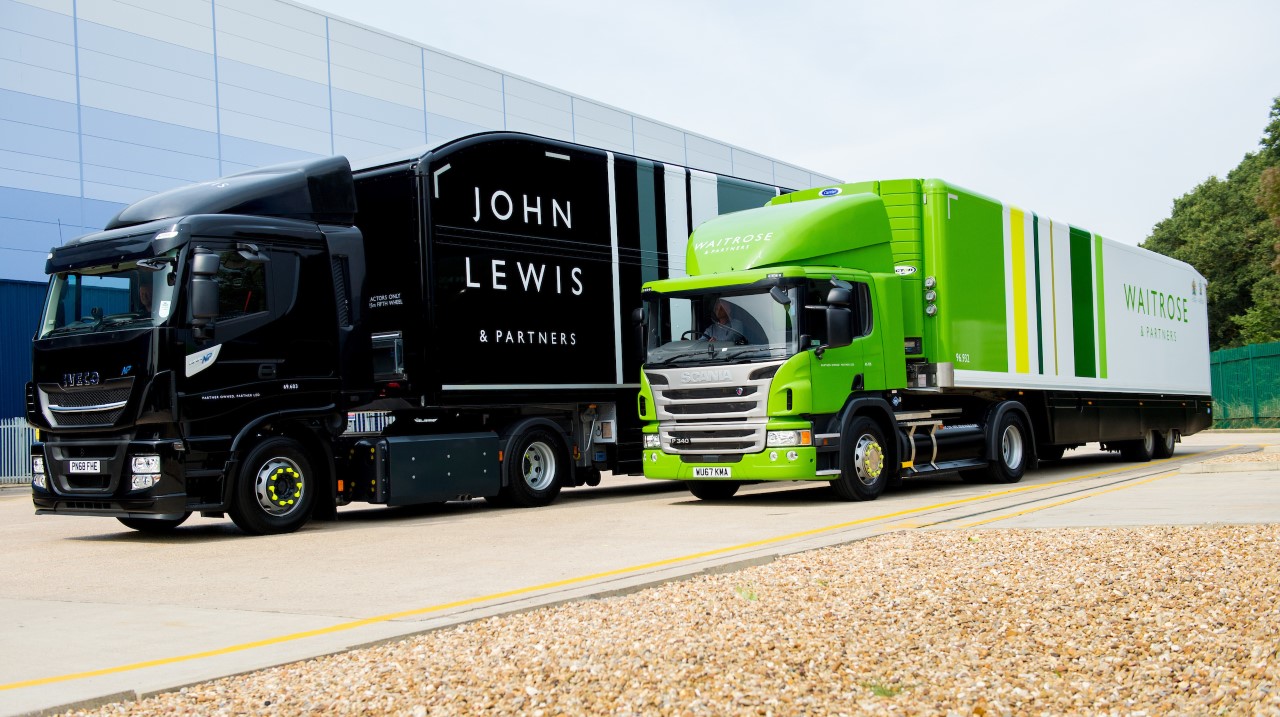 To further reduce their carbon emissions, the partnership also plans to eliminate fossil fuels from its commercial vehicle and car fleet. This would see 1,750 electric vans and light trucks and 1,300 electric cars introduced by 2030.

Justin Laney, partner and general manager of Central Transport at the John Lewis Partnership, said: ‘The evidence of climate change is all around us, so it’s important we act now using available technology rather than wait for unproven solutions to appear.

‘We are working hard towards our new aim of removing all fossil fuel from our transport fleet by 2030, which will reduce our carbon emissions by over half a million tonnes and gets us well on the way to our ultimate target of operating a net-zero carbon emission fleet.’