Air pollution is significantly higher at child-height, according to research conducted by 14-year-old Tom Hunt.

Earlier this year, Tom, who has previously suffered from asthma, strapped an Atomotube air pollution monitor to his black labrador Baggy and discovered that dog height air pollution was much worse than at the adult height, where the government do their testing.

This means that children are being exposed to far higher levels of air pollution than previously thought.

Tom measured air pollution inside his house, at nature trails, outside schools and in children play areas and found that in some areas, the child-level of nitrogen dioxide (NO2) pollution was higher than the adult level by 160μg/m3.

The government currently measure air quality with their passive diffuser tubes at 1.5m, to avoid being tampered with, this is above adult height and higher than the air we all breathe.

Tom has reported his findings to the government and to Bucks County Council in the hope to change the way that the government do their testing and to raise awareness of the importance of air pollution. 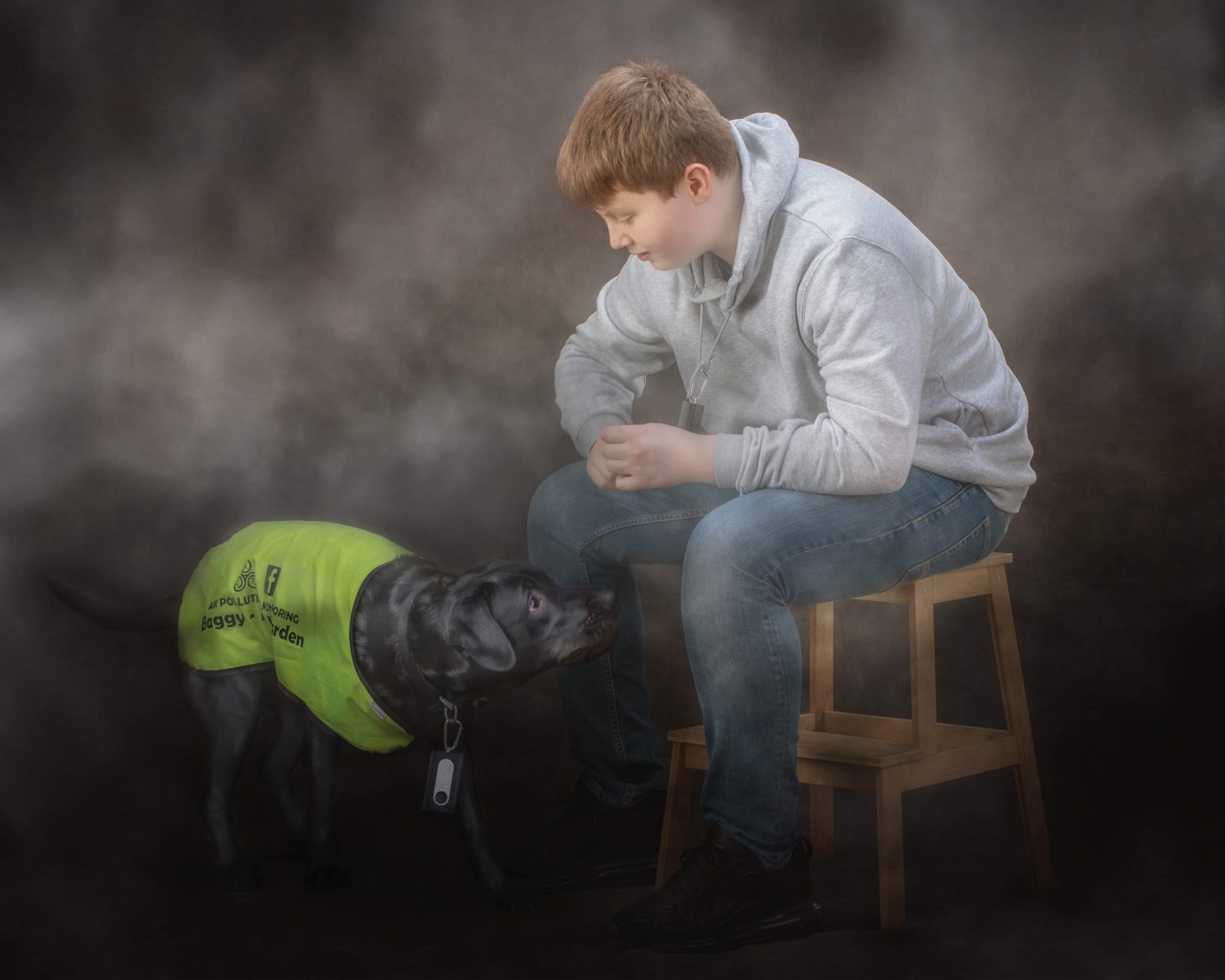 Tom Hunt has commented on his findings: ‘I know all about asthma and it is no joke. No one wants to go to the hospital with an asthma attack, especially not during the pandemic.

‘When lockdown started my step mum Candice had to isolate for two weeks after returning from Canada and it was a really stressful time, I’m missing my friends too like crazy. But spreading this message with Baggy has been a really good thing to focus on.’

MP for Chesham and Amersham, Dame Cheryl Gillian has said: ‘Tom Hunt and Baggy, his pet Labrador who is his loyal assistant, have done tremendous, very practical work to gather data about air pollution.

‘I really know from personal experience how air quality affects health. Air pollution is the biggest environmental threat to health in the UK, with between 28,000 and 36,000 deaths a year attributed to long-term exposure.’

In related news, earlier this month (June 3rd), the University of Surrey published a new guidance booklet outlining tangible steps that schools can take to improve air quality in and around their premises.