In 2018, the Office for National Statistics (ONS) recorded that people make nearly 986 trips in their cars every year in England; correspondingly, well over a third of Brits never do exercise or play sport. At huge mental, physical, environmental and economic cost, one solution to this nationwide inactivity and overuse of cars is the ‘20-minute neighbourhood’.

First suggested in the city of Portland, Oregon, as part of its climate action plan, the ‘20-minute neighbourhood’ has recently come to the foreground for local and regional authorities in the UK.

The Covid-19 pandemic has underlined the importance of having services and space for recreation close by for the sake of people’s health and wellbeing.

It has also exposed how people have needed a car or other motor vehicle to access what they need, yet not everyone has one.

Everything is further away because towns and cities in the UK have sprawled out over the last decades due to technological advancements producing faster modes of transport, and the inclusion of safe walking and cycling links has been overlooked.

The main idea behind the 20-minute neighbourhood is to ensure residents have leisure facilities, schools, grocery stores, doctors and (for some) the work-place within a 20-minute walk or cycle.

Towns would be re-designed for people to ‘live locally’ in accordance with their essential day-to-day needs. Access to services and amenities would be convenient and ultimately negate the necessity for a car or other motor vehicle.

The ‘20-minute neighbourhood’ also seems to answer growing concerns to reduce car travel in favour of more active, safe and sustainable transportation. Along with the sharp fall in commutes and the rediscovery of the joys of walking and cycling to local places, people seem to have fallen in love with the idea. 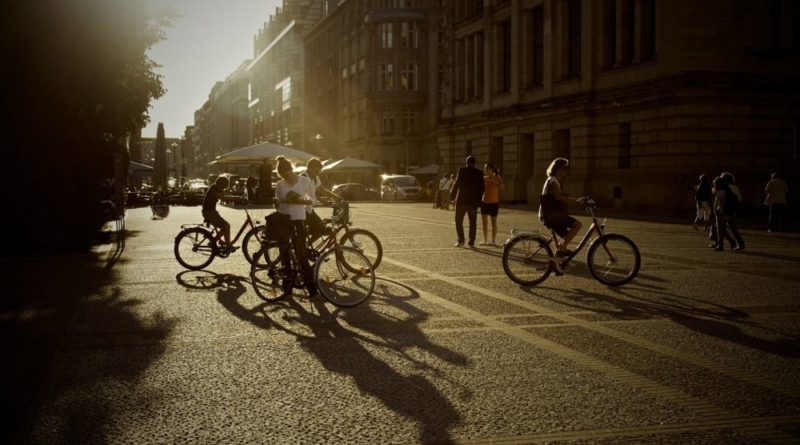 Why would the ‘20-minute neighbourhood’ be beneficial to towns and cities in the UK?

Having everything people need within a mile promotes active modes of travel and ensures future town and city plans adopt safer transport links for pedestrians and cyclists. Consequently, the number of motor-vehicles in neighbourhoods would decrease and congestion would ease.

In fact, a similar scheme, the ‘low traffic neighbourhood’, implemented in Walthamstow (part of an emergency £2bn ‘active travel’ package orchestrated by Westminster earlier this year), saw the overall number of vehicles in the neighbourhood decreased by an impressive 10,000 per day.

With such a decrease in traffic, air quality and pollution levels dramatically improve.

Not only is this a highly important factor in addressing climate change, including by helping to drive down the global temperature in accordance with the Paris Agreement, but also in addressing the impacts of long-term exposure to air pollution, which causes between 28,000 and 36,000 deaths in the UK annually.

It is also well known that other physical health benefits of regular walking and cycling are in reducing the risk of developing chronic illnesses, such as obesity or Type 2 Diabetes.

Twenty-minute neighbours could also encourage a huge boost in mental well-being – three-quarters of people who have taken up cycling around their local area this year acknowledged this. Anxiety and depression can be kept at bay if people exercise more than three times a week, not unimaginable if people could access what they need on foot or by bike.

There is also a sense of community and solidarity instilled by a 20-minute neighbourhood, the Portland Mayor in Oregon discovered, as people are more likely to talk to one and other if they are on foot or bike. This onset of community spirit may encourage people to help or do favours for each other, exchanging skills and attributes like an extended family!

Besides, there is well-documented research on increased levels of stress for people who travel by car. Health and Medicine Researcher at the University of East Anglia, Adam Martin, reported: ‘The longer people spend commuting in cars, the worse their psychological wellbeing. And correspondingly, people feel better when they have a longer walk to work.’

There are economic advantages too. They could create a positive feedback cycle as local shops and business are visited more regularly and the owners can reflect on the needs of the neighbourhood.

But what still needs to be done to facilitate the 20-minute-neighbourhood?

More than anything, it is currently unappealing to walk or cycle somewhere when there are main roads with traffic hurtling along them in the middle of towns and cities.

Research also suggests motorists have a negative attitude towards cyclists and pedestrians, an obvious deterrence to taking-up active travel and accepting it into British society. Safer active transport links and routes are therefore essential for implementing the ‘idea.

There is certainly an increasing demand for improved cycling and walking links. More people than ever are cycling and there are numerous ‘cycle-to-work’ schemes offered by employers. Along with the tireless campaigning of charities like SUSTRANS urging for easier, safer routes, there seems to be growing acceptance of facilitating 20-minute neighbourhood’s around England.

The devolved nations are also peddling the concept. Nicola Sturgeon, the Scottish first minister, unveiled her community investment plans, which include ’20-minute neighbourhood’s, and the Welsh government is also being asked by Sophie Howe, future generations commissioner for Wales, to consider ways to implement similar schemes.

Similar ideas are being blue-printed and tried in other parts of the world. In January 2018, Melbourne successfully introduced its ‘20-Minute Neighbourhood Pilot Plan’. And, earlier this year, Paris mayor Anne Hialgo said during her re-election campaign that she wanted to make Paris a ’15-minute’ city.

I moved to my house 6 years ago and I chose it after a lot of research because I can walk to the local shops and doctors in 15 minutes, it takes 25 minutes to walk to the railway station and there are pleasant open spaces to walk close by. I imagined Iâ€™d be able to leave the car at home and have a more active lifestyle. That all changed in the last year or so due to the massive increase in wood burners in my town and now I have to wear a pollution mask to walk the 3 meters between my house and car and I have to go everywhere in the car.

Even if everyone left the car at home and walked or cycled, it would not reduce air pollution enough when the main source of air pollution in residential areas is the unnecessary use of wood burners for aesthetic purposes in centrally heated homes.

hey! you have great feed