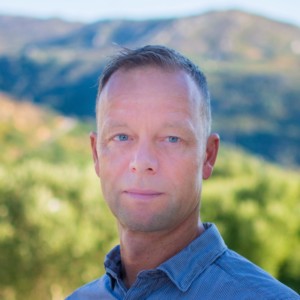 Environment Journal talks to Georges Tijbosch, senior advisor at MiQ, an independent, not-for-profit partnership that aims to facilitate a reduction in methane emissions from the oil and gas sector.

When we talk about greenhouse gas emissions we tend to think about carbon dioxide (CO2), but as the name suggests, there are many other gases involved, notably methane, nitrous oxide and fluorinated gases.

According to Mr Tijbosch and the team at MiQ, when it comes to mitigating climate change, not talking about methane would be ignoring the elephant in the room.

‘Everyone talks about carbon, but there are other gases that have a warming effect, and after CO2, methane is the next big one,’ explains Mr Tijbosch.

‘The problem with methane is its effects on global warming are much stronger than CO2.’

‘In order to understand this, scientists have come up with a concept called global warming potential. This aims to equate the gases so that we can compare them and when we do this, we see that over a 20-year period, methane is about 84 times more potent than carbon.’

This means that even if the quantity of methane released is only small, it can have a detrimental impact in terms of global warming.

‘When you measure all the methane that is escaping from the oil and gas industry and multiply it by a factor of 84, we estimate that this is over 7bn tonnes of CO2 equivalent.

‘This is the same emissions as all the transport on the road, it’s twice the size of the EU’s emissions and eight times the airline’s emissions, so once you put it into perspective, it’s a gigantic number.

‘But from our perspective, the impacts of addressing methane emissions can be done in a much shorter time scale than say getting all the petrol and diesel cars off the roads.’

The positive side of this conversation is that the majority of methane emissions can actually be reduced using existing technologies, and beyond their commitment to environmental targets, oil and gas companies actually have a motive to stop these leaks because the methane can be sold.

According to Mr Tijbosch, one of the main reasons why these emissions remain so high is because in most countries there are almost no regulations on measuring methane, let alone reducing it.

‘Some countries have gone further than others and have introduced some form of taxation, or rather incentivization to encourage oil and gas companies to lower their methane emissions, specifically Norway is really dealing with this, and Canada has recently started up a similar project, but the rest of the countries are somewhere in between.’

This is where the MiQ certification comes in.

Currently, buyers just don’t know what the methane emissions of the gas they are using are. MiQ aims to tackle this by enabling oil and gas companies to measure their emissions and then make that information public.

‘We are looking to create clarity around what the methane emissions are. We want to create the transparency that’s needed.

‘By determining the methane emissions of the platform, the producer can then sell the gas with an environmental qualifier from MiQ’s A to F grading system.

‘It’s just like how utilities in recent years have been offering green electricity. But at the moment utilities, companies can’t say anything about gas because they just don’t know.

‘Over time, we hope that this will create a market where prices will start to differ depending on the quality of the gas.

‘But first, we need that transparency, then the prices will follow.’

There are some companies who are doing this using their own initiatives, for example, BP recently pledged to reduce the methane intensity of its operations by 50%. But obviously, the question remains, how is BP judging itself.

‘We believe we need to create credibility, so with MiQ, there are regulators who are starting to develop assessments in a bit more detail, but the difference with what we are doing is that it will be certified, there will be an auditor involved.’